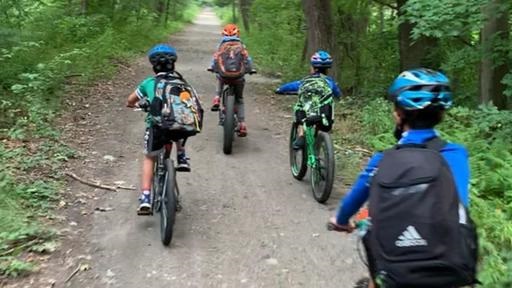 Concord, California – The Concord City Council on Tuesday night could decide to endorse the concept of a bicycle playground —a network of small-scale bicycle-sized “roads” within Concord Community Park — where children and adults riding bikes would be able to learn the rules of the road.

The park would be built and paid for by the Contra Costa Transportation Authority through its Street Smarts Diablo program. The city of Concord would be responsible for programming, operations, controlling reserved use and ongoing maintenance.

CCTA proposes building what is described as a “miniature street-scape” with the roads and their scaled-down signals, traffic signs, road markings, bus stops, bike lanes, railroad crossings and other real-life traffic markers and obstacles.

“Learning to bicycle by navigating busy roadways, amidst real-life traffic, may discourage would be riders and has the potential for grave consequences for those willing to try,” according to a Street Smarts Diablo news release. “Additionally, inexperienced riders may be less likely to feel comfortable taking advantage of new environmentally beneficial cycling infrastructure.”

That would fit in with the city of Concord’s stated goals of maintaining “an environment that supports walking, bicycling and active living,” and increasing awareness and support of walking and bicycling through education, encouragement and evaluation programs.

The idea for this park has been kicking around since 2018. The city’s Transportation Division support it, saying it would complement the city’s Bike and Pedestrian Plan, and help the city transition over the long haul from an “auto-centric culture” to more sustainable transportation methods.

Tuesday’s Concord City Council meeting starts at 6:30 p.m., and is being broadcast over Zoom and via the city’s website.