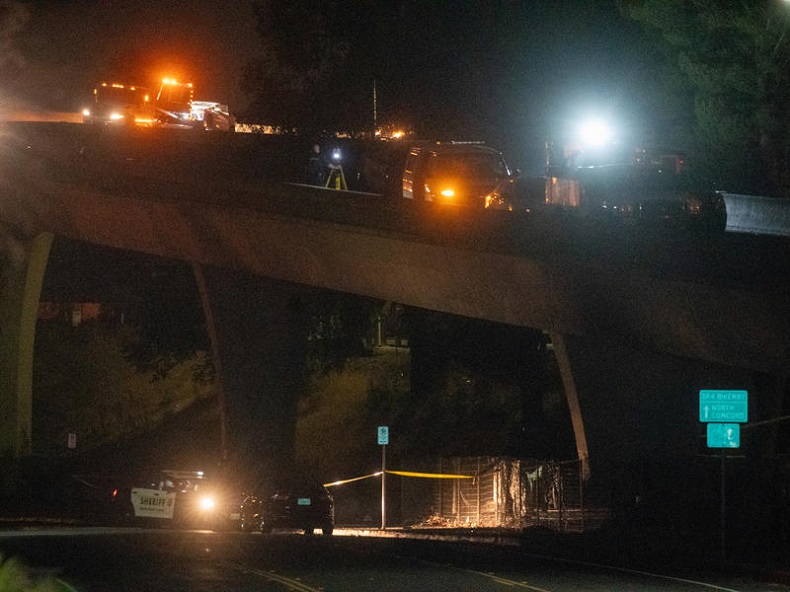 Concord, California – A Concord man died when he jumped from a Concord freeway overpass Wednesday night as he was being chased by Contra Costa County sheriff’s deputies.

The officer-involved fatal incident began just after 8:30 p.m. when deputies with the sheriff’s Muir Station responded to a report of a hit-an- run crash in Bay Point, according to a statement issued by the Contra Costa County Office of the Sheriff.

Deputies were helping the California Highway Patrol search for the car involved in the hit and run when one of the deputies saw a Toyota Prius driving erratically away from them, sheriff’s office Spokesman Jimmy Lee said.

“The deputy believed the Prius might be involved in the hit and run and attempted to conduct a traffic stop in the area of Willow Pass Road and Weldon Street in Bay Point,” Lee said.

The Prius driver — later identified as Kentreal Irving, 31 years old, of Concord — did not yield, the sheriff’s office said.

The chase continued onto state Highway 242 and into the city of Concord on surface streets.

As Irving was getting back onto the freeway, he crashed into a guardrail at the interchange between Highway 242 and westbound Highway 4.

That is when Irving reportedly got out of the car on the freeway and ran onto the overpass, the sheriff’s office said.

“While running on the overpass to westbound Highway 4, [Irving] jumped off the overpass,” Lee said.

Deputies found Irving on the ground and, with the help of Concord police, immediately performed CPR, Lee said.

Despite the life-saving efforts of emergency medical personnel, Irving died at the scene, Lee said.

Anyone with any information about the incident is asked to call the sheriff’s Investigation Division at 925-313-2600 or sheriff’s dispatchers at 925-646-2441. Tipsters can also send information via email to tips@so.cccounty.us or by leaving an anonymous voicemail by calling 866-846-3592.