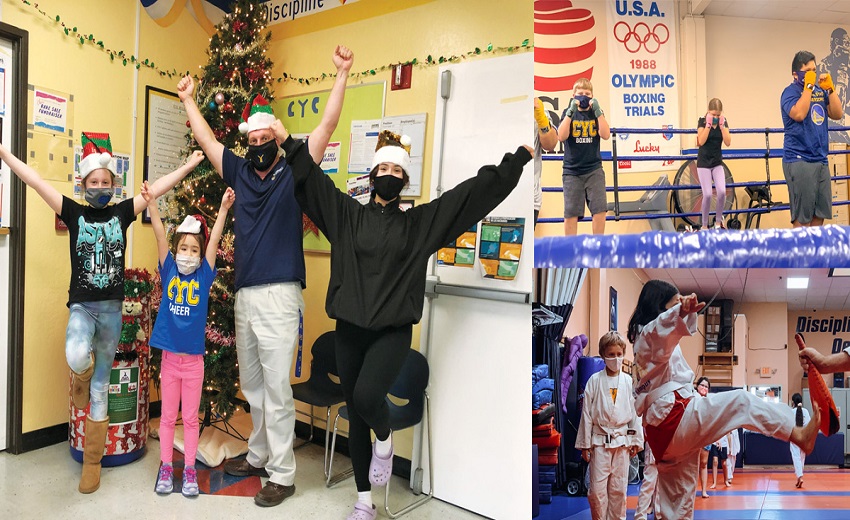 Concord, California – When Matt Harrison was between his junior and senior years at De La Salle High School in 1995 his academic record opened up a lot of possibilities for his college destination. Once he visited the campus of the University of Colorado in Boulder, all the other choices went away.

As the new executive director of the Community Youth Center in Concord he feels the same way about the 50,000 square foot, four-building campus and soccer field he is now overseeing. CYC offers physical and educational opportunities for local girls and boys from three-years-old up to high school grads.

“As soon as someone sees these facilities built by The Hofmann Family Foundation, they want their children involved. I fell in love with Boulder within a couple minutes of stepping foot on the campus. I think as people see CYC and what we offer we’ll no longer be ‘Concord’s best kept secret’ and they’ll be just as enthused about us as I was about my college.”

Harrison was talking in his office adorned with a couple dozen bobblehead dolls as well as Colorado memorabilia. In the same building is a large tutoring center for high school students with banks of computers. Further down the hall is the elite wrestling center that would surely be the envy of many college wrestling programs.

The new CYC leader got a first-hand lesson in how to run a program when he was part of De La Salle’s first national championship football team playing for the legendary coaching tandem of Bob Ladouceur and Terry Edison. He earned an ROTC college scholarship and went into the Marine Corps for four years as an artillery office after Colorado.

His Christian Brothers education and experiences at De La Salle brought him back to his alma mater where he spent 15 years as a history teacher and on the football team coaching staff. He left after the end of the first semester of the 2019-20 school year and started at CYC weeks before the coronavirus pandemic hit.

At that time there were about 1500 youth in the program and within weeks of Harrison’s arrival there were none! Of course, there were no students attending school and no sports teams even practicing last spring as the first shelter-at-home orders were implemented.

It didn’t take long for Harrison and his team to begin offering programs. In June they had their first small camps for 115 and by September classes were going and 500 were involved. The CYC Zoom programs grew to an extent that they had their own YouTube channel. The center currently has about 700 kids taking part in some program.

Harrison is never prouder of what the CYC stands for than when he says, “Money will never be a barrier to someone taking part.” Because of funding from The Hofmann Family Foundation and other generous donors (during our tour Harrison pointed to a new concrete area for workouts and said, “Steve Gonsalves and Conco did that for free”) anyone wanting to take part in a CYC program who cannot afford the $33 monthly fee ($17 for a sibling) will still get that opportunity. And that low fee gives each youth unlimited access to CYC athletic and educational programs.

Harrison met Concord businessman and homebuilder Ken Hofmann years ago when he hosted the DLS football staff on his yacht to watch the national championship college football game. “Mr. Hofmann called me ‘the Marine’.” Little could he have imagined that years later Hofmann’s daughter Lisa, who oversees the Foundation and CYC, would tag him to run one of her late father’s legacy programs.

Hofmann was not only a successful businessman but was part-owner at one time of the Seattle Seahawks and Oakland A’s. His family has been a generous donor to De La Salle and Carondelet high schools, Saint Mary’s College, Mt. Diablo Hospital (now John Muir Concord), Walnut Creek Regional Center for the Arts and many other area non-profits.

Hofmann opened the Big C Athletic Club in 1978 as a full-service health and fitness center and a few years later added the Little C Athletic Club next door for area youth to train in boxing, wrestling, judo, karate and weightlifting. In 1995 the Little C changed its name to Community Youth Center.

Harrison embraces the CYC vision “to provide young people in the community the opportunity to participate in extracurricular activities and academic support regardless of economic means” to further its goal “to help develop well-rounded, thoughtful, confident and strong youth.”