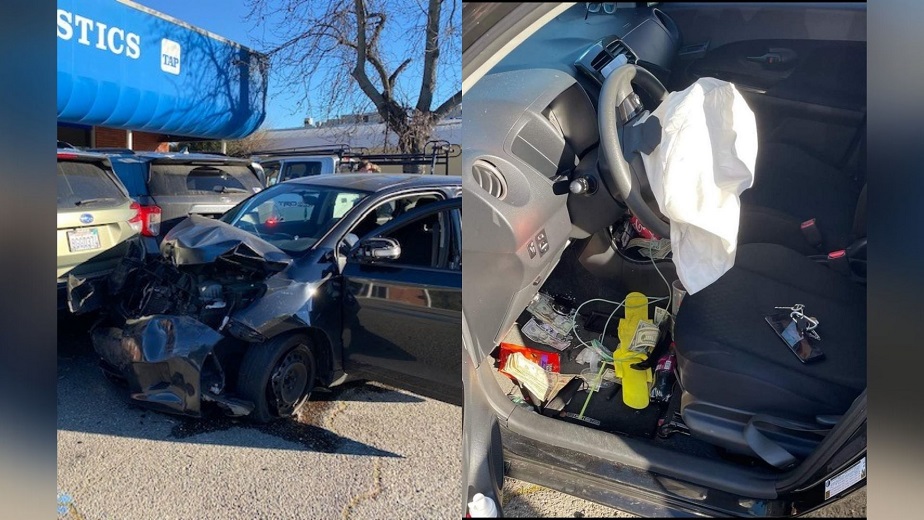 Concord, California – A suspect in a bank robbery in Concord was taken into custody Wednesday afternoon after crashing his vehicle in the parking lot of Tap Plastics on Contra Costa Boulevard following a police chase.

According to the police report, the driver of the Honda Civic was sought for an earlier bank robbery on Monument Boulevard in Concord.

After entering the bank, the suspect said to the employee that he was armed and took an unknown amount of money. The employee told the police he had not seen any weapons, although the suspect threatened to be armed.

After spotting the vehicle as it traveled west on Monument Avenue to Contra Costa Boulevard, where authorities attempted to stop it, the driver crashed into another vehicle before coming to a stop at 1476 Contra Costa, where officers moved in to make the arrest.

Police say they found money from the bank in the suspect’s car, but it wasn’t clear whether or not there was a weapon in the car.

The suspect was arrested around 3:15 p.m. Information about his identity was not released by authorities.

Man found dead from improvised explosive device in Antioch
Concord man will spend more than five years in prison after causing victims to lose over $250,000 in an ID theft scheme