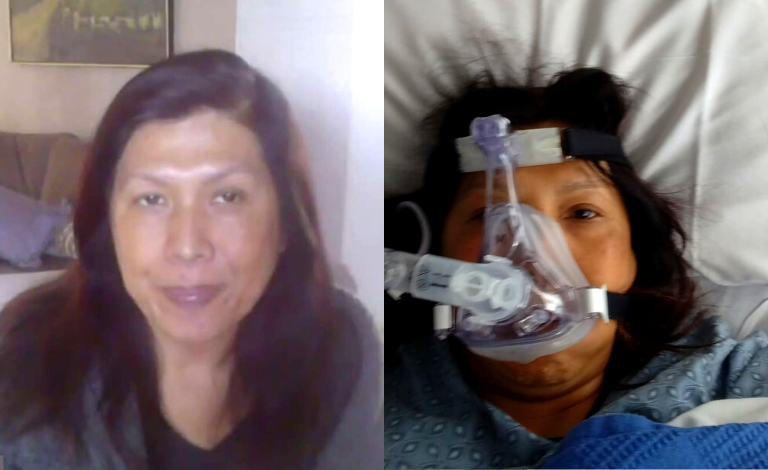 Fake news and misinformation about the Covid-19 virus and the vaccines seem to be one of the major problems in the country since a decent number of vaccine hesitant people rely on this news when deciding whether to get vaccinated against the virus or not.

When it comes to Omicron, currently the dominant strain in United States, the Covid-19 vaccines don’t offer the same protection in keeping people safe from contracting the virus, but vaccines are still working great in protecting people from developing severe condition and death.

However, there is still a decent number of vaccine hesitant people who remain very exposed to the virus risking their lives and the lives of their beloved ones. One of them is C. Weldon, a QAnon influencer who used her streaming service and conservative social media platforms to spread misinformation and conspiracy theories about a variety of topics, including the “deep state,” chemtrails, and COVID-19.

Since the start of the pandemic, Weldon was spreading misinformation about Covid-19, opposing the vaccines and telling people not to get vaccinated. According to the Daily Beast, Weldon obviously remained unvaccinated, contracted the virus sometime in December and developed severe condition. She died earlier this month due to Covid-19 complications.

In the weeks leading up to her death, Weldon posted several short livestreams and clips of her show, “The True Cirsten W,” where she coughed and stated that she felt exhausted and unwell.

“Good morning patriots, I didn’t think I was going to make it. I’m sorry. I’m exhausted and I have no, I’m very, very weak. I have no strength. I haven’t eaten in four days,” Weldon said in a Facebook video on December 27.

Weldon was known for being very active across all of her social media accounts. People started being worried about her since she didn’t post anything for several days up until December 31st, when she posted a photo of herself wearing an oxygen mask in a hospital bed to her Telegram account.

She later informed her followers that she has been hospitalized for a few days with what she claimed was “bacteria pneumonia.” She later confirmed she tested positive on Covid-19 and was offered to get treated with “Dr Fauci’s Resmedervir (sic)” treatment, but refused to. In the upcoming days, her condition worsened and her social media posts were filled with typos.

According to the Daily Beast, Weldon’s last Telegram post was “Praying God takes me out of here soon.” Weldon is one among many conspiracy theorists and conservative vaccine skeptics who ended fatally after contracting the virus including Phil Valentine, Marc Bernier, Doug Kuzma, and Pressley Stutts.

When other QAnon prominent members learned about Weldon, it was too late. According to multiple reports, several members tried to organize transferring Weldon to other hospital, but she died before they were able to stage everything. Reportedly, they later threatened the lives of the medical professionals who cared for her.