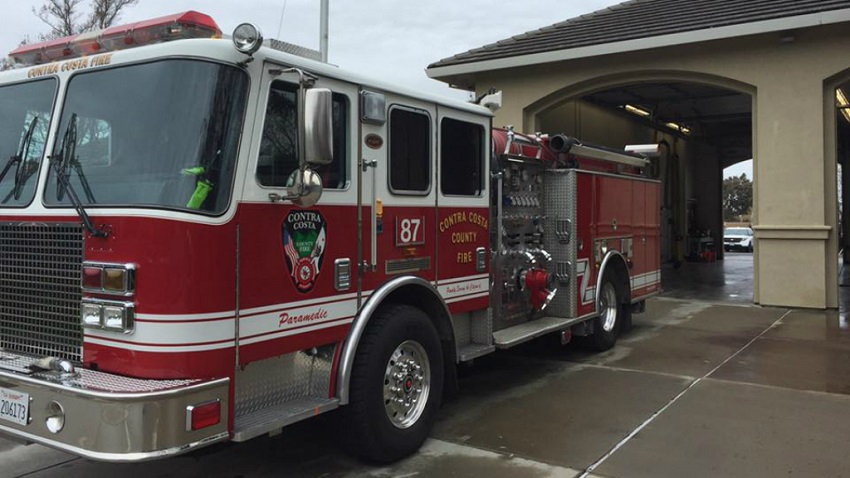 Contra Costa, California – A member of the fire crews of East Contra Costa Fire Protection District sustained minor injuries after one of the fire trucks rolled over while on the way to a report of fire.

According to a district news release, one of the vehicles that were dispatched to a fire in the 2400 block of East Cypress Road overturned near O’Hara Avenue.

The firefighter received first aid from his colleagues, and later transferred to a hospital for treatment of minor injuries. The injured firefighter was shortly after released from the hospital.

Two buildings were significantly damaged and a half-acre of trash and grass was burned due to the fire.

Crews were able to extinguish the fire.

The cause of the fire is still unknown and remains under investigation.