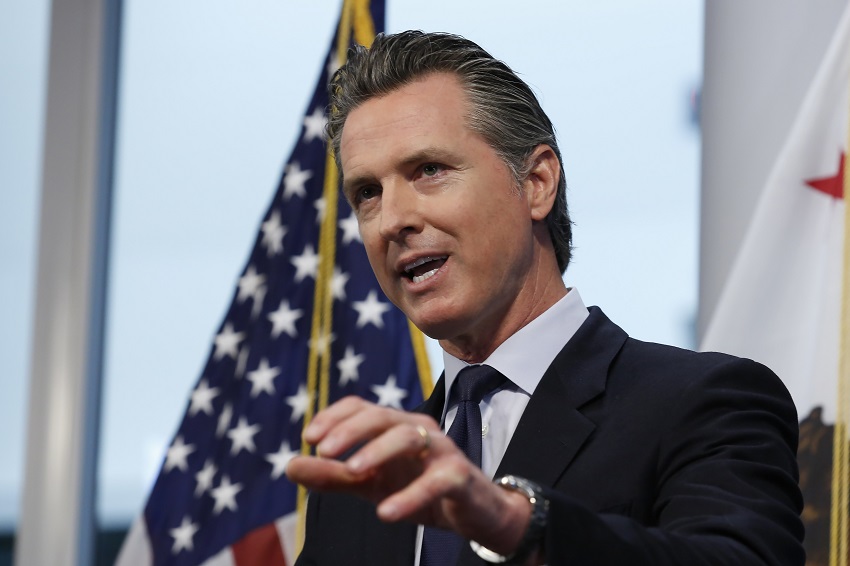 Newsom, speaking from his home in quarantine after three of his children were recently exposed to a California Highway Patrol officer who tested positive for the virus, said the state has averaged nearly 12,000 new cases per day over the last seven days, a level the state hasn’t reached since the pandemic began.

Of those new cases, 60 percent of them are among those 18-to-49 years old, according to Newsom.

“Obviously this extends all across the United States and many parts of the world,” Newsom said of the recent surge. “We’re not immune here in the state of California.”

California has clamped down on social activities like indoor restaurant dining in response to the new surge, moving more than two dozen counties into the state’s most-restrictive reopening tier and implemented a month-long curfew to discourage residents from spreading the virus.

The surge also comes as the state builds its capacity to dole out millions of doses of a coronavirus vaccine, Newsom said.

That work includes collaborating both with local governments and the Centers for Disease Control and Prevention, which has given some $28 million to the state to distribute vaccines when they are available to mass amounts of people.

Newsom likened the state’s vaccination planning to its annual efforts to vaccinate roughly 19 million residents against the annual flu.

Newsom said he, his wife and his children are asymptomatic and tested negative over the weekend before going into quarantine on Sunday.

Newsom and state Health and Human Services Secretary Dr. Mark Ghaly reiterated that residents should avoid large Thanksgiving gatherings later this week, particularly in light of most of the state’s new cases being reported in people under 50 years old.

“We need to just be very careful,” Ghaly said. “We know that our hospitals are seeing levels of surge that they’ve never seen before, even at the height of our June and July peak of cases.”