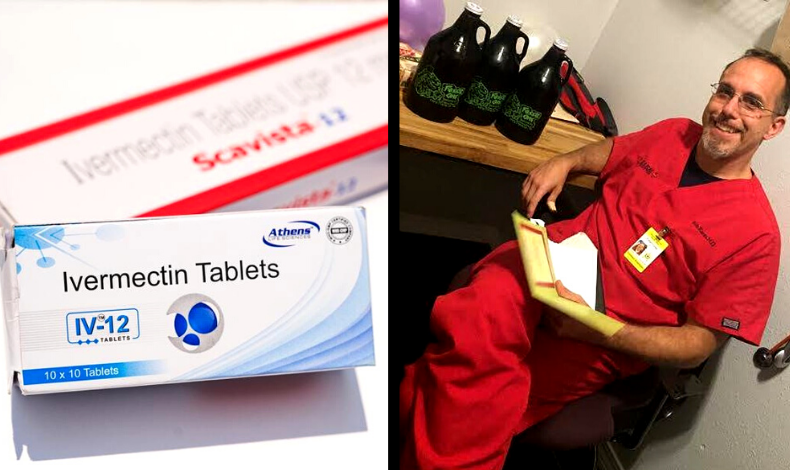 While the Omicron variant of the Covid-19 virus continues to spread across the country, many people decide to treat the virus with Ivermectin on their own, a drug that is not approved by the FDA for Covid-19 treatment. Until now, not a single study has shown positive effects Ivermectin has on treating the deadly virus.

Despite no scientific data of Ivermectin positive effects on Covid-19, concerning factor is the number of medical personnel who believes the anti-parasite drug improves the Covid-ill patients’ condition and decide to use the non-approved drug in treating their patients going against the FDA and CDC’s recommendations and Covid-treatment guidelines.

So was the case with the medical staff in one Arkansas detention center who decided to treat several Covid-ill patients with Ivermectin last summer. According to the inmates, the medical personnel reportedly told them the pills were “vitamins” and “antibiotics” needed to improve their immunity and prevent their condition worsening.

The inmates were not aware of what they have been treated with until they fully recovered meaning that the prison doctor treated them with Ivermectin without telling them about the drug and of course, without their consent. The information about the incident was brought to the light of the day last August when the Arkansas State Medical Board confirmed the incident, but didn’t comment the case since it was under investigation.

The inmates, that were among the ones treated with the horse drug without their knowledge and consent while in jail, decided to file lawsuit against the jail and the doctor later identified as Dr. Rob Karas.

“The truth, however, was that without knowing and voluntary consent, Plaintiffs ingested incredibly high doses of a drug that credible medical professionals, the FDA, and the Centers for Disease Control and Prevention, all agree is not an effective treatment against COVID-19,” the lawsuit says.

The inmates are asking that they receive a medical evaluation by an independent provider and be “awarded their costs, fees, and any other appropriate relief to which they are entitled.”

In August 2021, the lawsuit says that all the plaintiffs tested positive for COVID-19. The jail, they said, relocated them to barracks “specifically designated” for quarantine, where it is believed that 22 people were housed. It was there, the lawsuit says, that they were given a “cocktail” of between two and 10 pills twice a day by Karas’ team.

In a previous interview with CBS affiliate KFSM last summer, Karas said he’s had COVID twice and took ivermectin himself. He additionally said he “doesn’t have the luxury of conducting his own clinical trial or study and that he was not attempting to do so,” adding that “he is on the front line of trying to prevent death and serious illness.”

“I’ve given it to my mom. Before she got vaccinated she was on it preventatively. My step-mom, my in-laws, my sister, my sister’s kids. Thousands of patients we’ve treated with it. We have not experienced any bad side effects from it,” Karas told the station.