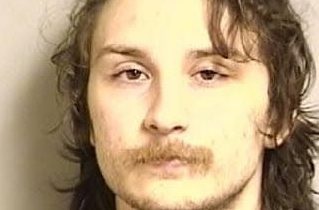 Concord, California – Ross Farca is the Concord man who was accused of threatening mass murder and possibly a mass shooting of Jewish people online last year was additionally charged after he threatened an officer during a probation search of his home, according to the Contra Costa County District Attorney.

Several weeks ago, while the 25-year-old man’s preliminary hearing was in recess, he allegedly threatened to kill a Concord Police Department detective during a federal probation search of his new home.

Building on the charges already filed, new charges were added and presented when the hearing resumed.

The man was held to answer on multiple felony accounts last week, including a hate crime enhancement and threat against the primary investigating officer.

Farca was taken to a Contra Costa County jail, where he resides without bail as Judge Nancy Stark ordered his bail be forfeited after assessing that he was a public safety risk.

The Contra Costa District Attorney’s Office initially filed a criminal complaint against Farca in June of last year for online threats he made against the Jewish on the gaming platform Steam.

The FBI was notified last year and Concord Police searched his home after locating his residence from his IP address. During the search, a fully automatic assault weapon was found in his possession.

Adding on Farca’s most recent threat to kill an officer, the evidence presented during the preliminary hearing determined that Farca was targeting the Jewish community. Evidence also proved that Farca had a strong affinity with mass shootings targeting places of worship, according to the district attorney’s office.

Farca will be arraigned on Nov. 10.