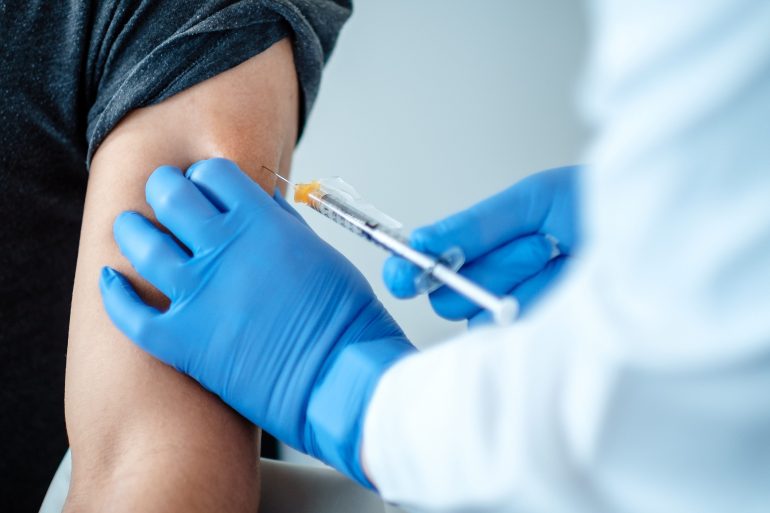 Nationally, about 2 million people have been vaccinated, which falls short of the federal government’s goal of protecting 20 million people by the end of the month.

Many doctors say the rollout is complex.

“Fortunately, at Stanford we have an outstanding team that’s been able to deliver vaccines incredibly rapidly,” said Dr. Grace Lee. “With that said, once this opens up to the broader population it still is going to require some additional logistics. Not only because it requires two doses, but also because the Pfizer and Moderna vaccine have different storage and handling challenges.”

Lee is an infectious disease expert at Stanford Medicine and a member on the CDC Advisory Committee on Immunization Practices. She says receiving the vaccines is only step one, contacting patients, giving the shot, and reporting it all can take several more days.

“There is a little bit of data lag, I believe, that is related to the time it takes not only to administer but the time it takes to report those doses back. So I anticipate the numbers are far higher than the two million,” Lee said.

Last Wednesday, National Institutes of Health Director Dr. Francis Collins, who received his first COVID-19 vaccine shot on Tuesday alongside Dr. Anthony Fauci, said that if the U.S. government doesn’t meet its vaccine goal by the end of this month he hopes Americans, “will understand this is a logistic challenge of enormous proportion.”

To help vaccinate more rapidly, California is partnering with CVS and Walgreens to inject Pfizer vaccines to residents and staff in long-term care facilities.

The two pharmacies will be vaccinating people at 850 facilities in the state and it’s happening in other states as well.

“We are really proud, we are really excited that this is work that we get to do, the fact that we were given the opportunity to do this is really exciting and I know when you think about the people involved in the project, there has been a lot of people that raise their hands and said ‘yes I want to do this, I want to be a part of that,’” said CVS Spokesperson Nate Burrell.

Governor Newsom laid out who will get vaccines next in Phase 1-B. It includes people 75 and older, teachers, child care workers, grocery store workers and farm workers.

After that, the state will move on to 16-64-year-olds with medical conditions.