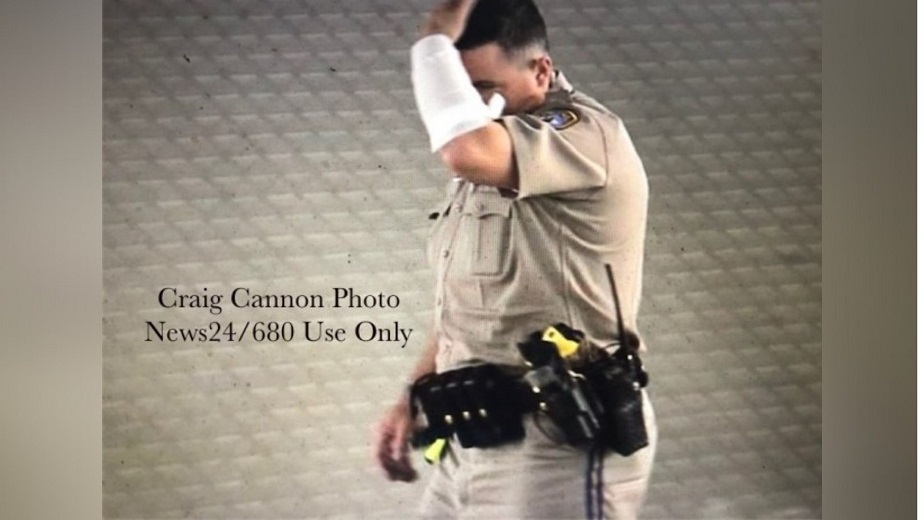 Concord, California – A California Highway Patrol officer was allegedly bitten by a woman he and other officers were attempting to apprehend along Highway 4 in Concord on Sunday, requiring medical care.

An injury to the officer’s left forearm was caused by a bite. After receiving initial reports of someone throwing rocks at cars on the motorway, he and at least one other “cover” officer attempted to stop a woman spotted walking, pants-less, on the freeway at Arnold Industrial Way at about 12:48 p.m.

Officers approached the woman in an apparent attempt to detain her when a struggle ensued and the officer sustained the bite injury. Standard protocols were initiated after the incident with the officer checked out for possible infection issues after the penetrating bite and struggle.

The unidentified woman was also transported to a local hospital for observation.