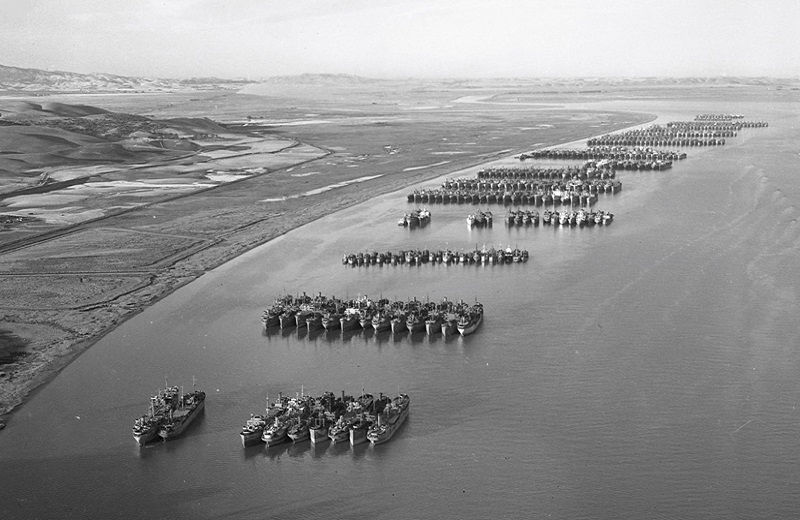 Contra Costa County, California – You might notice there is nothing left of the Mothball Fleet as you head over the Benicia-Martinez Bridge.

The Richmond shipyards operated 24 hours a day, seven days a week during World War II. The women who made up 41% of the workforce, Rosie the Riveters, have produced three ships daily.

Permanente Shipyards No. 1 and 2 built 489 of the 2,710 Liberty ships launched during the war. The Jeremiah O’Brien, now a floating museum in San Francisco, is one of three remaining today.

After the war, some of the cargo ships joined a fleet that once numbered 360 vessels anchored just north of the Benicia-Martinez Bridge in Suisun Bay. Known as the Mothball Fleet, the ships remained stored away for use in future conflicts.