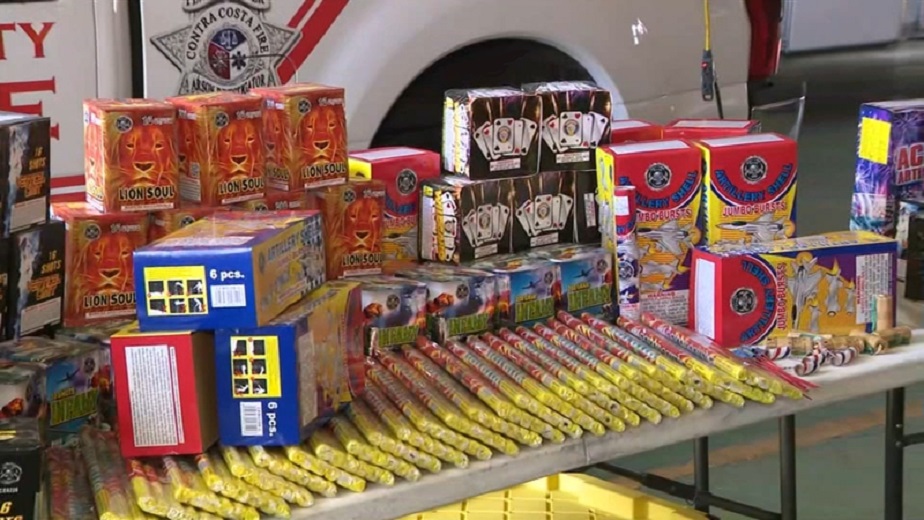 Authorities say they made this decision after several pleas and warnings to residents not to use illegal fireworks. The action has already resulted with success as 300 pounds of illegal and dangerous explosives were seized.

“Our fire investigations unit has made four different arrests throughout the month in the cities of Concord, Antioch, Pittsburg and San Pablo,” said Contra Costa County Fire Marshall Chris Bachman.

He also said investigators have been searching social media looking for illegal dealers, then send in undercover agents.

“We made contact with them, tell them we want to purchase fireworks, meet them at a location and make the arrests and seize the fireworks,” he explained.

Fireworks have already sparked several fires throughout the county including one that set an Antioch apartment complex on fire destroying the homes of multiple families.

“My fear is my house is going to be lit on fire,” said Antioch resident Edward Perez.

Perez hears and sees fireworks going off in his neighborhood all the time. At a park just up the street from his Antioch home, NBC Bay Area found plenty of proof of that. He’s relieved fire investigators are trying to stop it.

“That’s great because these aren’t toys, they’re professional fireworks and will go anywhere from 100 to 200 ft in the air and you don’t know where the sparks are going to go,” he said. “Anything can happen.”