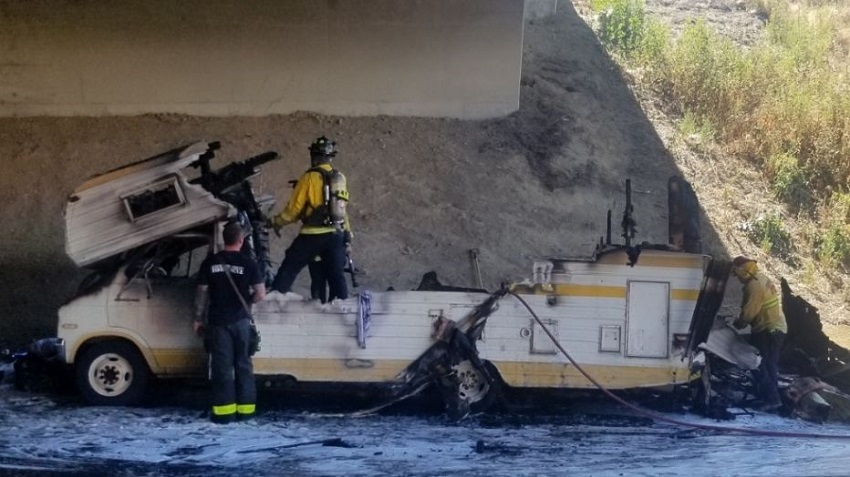 Jade McCoy, who was on probation for a prior arson conviction for a 2019 fire, was arrested after the fire  reported at 3:27 p.m. Monday on Port Chicago Highway under Highway 4. The fire was put out within 15 minutes with no injuries reported.

Investigators determined McCoy intentionally set the fire in the RV after an argument with her boyfriend, who she had been living with underneath the highway, according to the fire district.

Concord police spotted her around 5 p.m. that day in the area of East Olivera Road and Esperanza Drive and she was taken into custody.

The fire district said it is investigating McCoy’s possible involvement in other recent fires in the area.