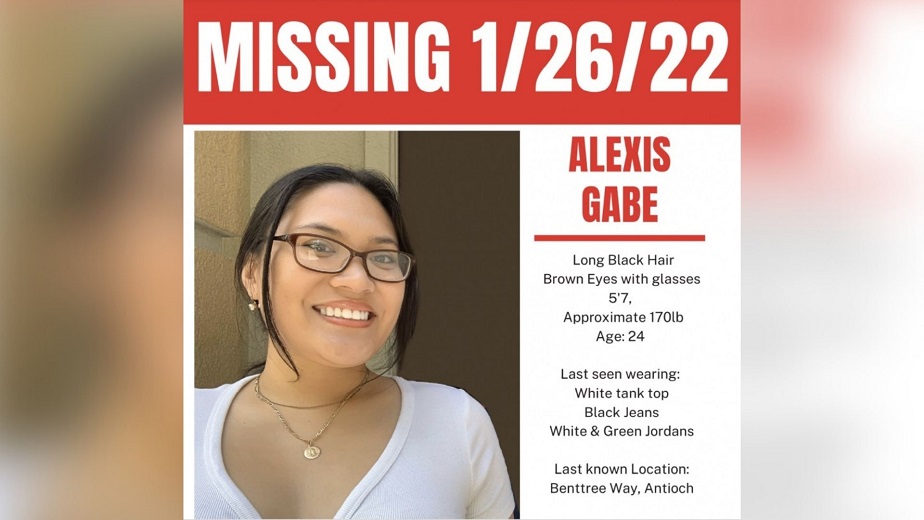 Oakley, California – At a press conference later today, Chief Paul Beard from the Oakley Police Department is expected to unveil details about a $10,000 city-established reward fund for information that might lead to the location of missing resident Alexis Gabe.

According to the latest information, the father of the missing 24-year-old woman will also appear at the conference.

Gabe was first reported missing under suspicious circumstances on January 26. Her last known location was on Benttree Way in Antioch, and her vehicle was discovered on Trenton St. in Oakley with the keys in the ignition.

She is described as an Asian female, standing 5’7″ tall, weighing around 170 pounds, and having long black hair and brown eyes. She is also wearing glasses. She was dressed in a silver/black hooded sweatshirt, a white tank top, black pants, and green/white shoes the last time she was seen.

Anyone with information about Gabe’s whereabouts is asked to contact the Oakley Police Department at 925-625-8060.