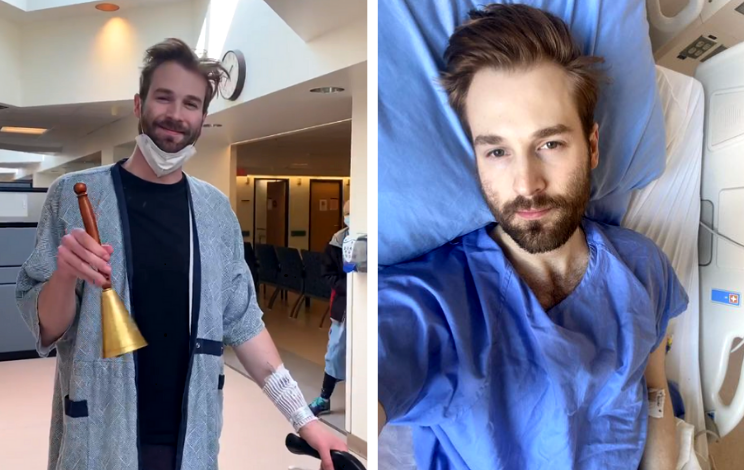 The number of new Covid-19 cases literally exploded in the winter months, especially when the highly contagious Omicron variant of the Covid-19 virus had its peak mid-January. Omicron, which is known as a variant that easily evades vaccine and natural immunity, set new record high numbers of cases on a daily basis despite the decent vaccination rate America already had reached. Most of the people infected with Omicron in the winter months developed only mild symptoms, but since it was the flu season too, many Americans who developed non-Covid symptoms thought they might be infected with the deadly virus too.

Such was the case with the 30-year-old Jordan T, a young man who describes himself as super-healthy person, who had a hoarse voice and pain in his back at the very beginning of the year. Although the symptoms he developed early this year didn’t correlate with any of the well-known Covid-19 symptoms, he suspected that the symptoms were due to possible Covid-19 infection because almost everyone around him tested positive on Covid in a short period of time. But since he was very active and felt ‘super-heathy’, he was not worried at all.

He had the symptoms for weeks and the back pain lingered and had moved into his lower back, eventually making him to feel the ache deep in his bones. It was at the end of February when Jordan finally decided to a visit a doctor and he underwent a chest X-ray, CT scan, biopsy and bronchoscopy.

Nothing indicated that roughly month and a half later, Jordan will be diagnosed with stage 4 lung cancer. Understandably, Jordan was in total shock when he was told that a 4-inch tumor wrapped around his pulmonary artery and tumors growing all along his spine. They had also spread to the surrounding lymph nodes, his liver, and pelvic and leg bones.

“Who would have guessed that? Even now, in hindsight, who would be like, ‘Oh, your back is in pain. You have lung cancer,’” Jordan told TODAY. “(Doctors) think the tumor actually started in January, which is crazy to think it grew to 4 inches in a couple months and spread throughout the entire body,” he added.

Most people diagnosed with lung cancer are people over the age of 65. Jordan said that two of his family relatives had previously been diagnosed with lung cancer, but they had been heavy smokers for their entire lives and the diagnosis came in their 70s. Unlike them, Jordan smoked a little bit when he was younger and he had “literally zero” health problems before his diagnosis. Even the doctors confirmed the lung cancer was not related with the smoking when he was younger.

Considering his health condition, his age and the fact that only about 1.4% of lung cancers occur in people under 35, Jordan was initially broken, but he decided he will fight hard and developed an “unbreakable positive attitude.” Since doctors feared that the tumors in his spine could paralyze him, Jordan underwent emergency radiation treatment in late April to push the cancer back. He continues to battle the tumors with a pill therapy and hopes his body will respond well. On his Instagram account, Jordan explained to his followers about the diagnosis and he is thankful to all the strangers for the support.

Jordan decided to speak out about what he goes through in an effort to raise awareness urging young people to pay attention to their body.

40-year-old woman, who had already made the full transition from male to female, claims she was discriminated and was denied gender-affirming care after spending two years in a male prison, lawsuit
Black woman claims her autistic son’s school would have ‘treated him right away if he was different race’ after the school nurse asked the mother to pick him up instead of calling ambulance while the teen had stroke