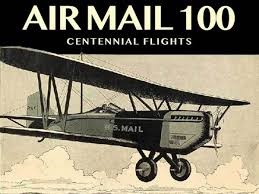 Concord, California – Contra Costa County’s Buchanan Field Airport in Concord is expecting an increase in air traffic on September 11, 2020 due to their participation in a historic event. Air Mail 100 Centennial Flight will commemorate the 100th anniversary of the U.S. Post Office’s Transcontinental Air Mail Service, will make a stop at Buchanan Field on its route to the final destination in San Francisco.

Starting on September 8, 2020, a light airplane will take off from Farmingdale, New York’s Republic Airport to begin a 2,560-mile relay across the United States, to retrace the original air mail route from Long Island to San Francisco. More than a dozen private pilots, flying their own aircraft, will carry sacks filled with commemorative postcards and letters, destined for San Francisco.

Like the air mail pilots in 1920, the volunteers will exchange mail sacks between planes, each flying one leg of the continent-spanning route. Between September 8th and September 11th, the pilots will land at several airports across the nation to hand-off the mail sacks, ultimately landing at Buchanan Field Airport on the morning of September 11, 2020. From there, the mail will be formally handed over to the Postmaster on Marina Green in San Francisco.

According to the Air Mail 100 website, “On September 8, 1920, a DH-4 biplane lifted off in the early morning from a grass air strip east of New York City on Long Island, beginning a grand experiment to carry mail from the East Coast to the West in a series of hops across New Jersey, Pennsylvania, Ohio and points west. Regional air mail service had commenced two years earlier linking New York and Washington, D.C. By 1919, 400 HP deHavillands where regularly carrying mail sacks between Omaha and Chicago, but the September flight that now pointed its nose towards the distant Hudson would link an entire continent, but not without financial cost and human sacrifice. Those first pilots called themselves ‘The Suicide Club.’

Air Mail 100 will commemorate that historic event, which led within the decade to the commencement of commercial passenger air service. With the encouragement of several of the nation’s leading general aviation organizations, we have organized a series of volunteer flights linking the sixteen original transfer points, only seven of which continue today as active airports. The other nine have been “lost” to sands of progress, hidden under golf courses, urban shopping centers, hospital parking lots, and poetically, wind-swept grass fields again.”

The reason for the stop in Concord is because San Francisco’s “Marina Green is no longer available for aircraft operations.”

Also, according to the Air Mail 100 website, “The curious thing about the Marina airmail field in San Francisco is it is still there: a long, narrow grassy strip 1,700 feet long. If it were a modern paved runway its ends would be marked by compass headings of 8 and 26, shorthand for 80 and 260 degrees. It lies just two miles east of the Golden Gate Bridge on the shores of San Francisco Bay. A DH-4 mail plane could still land there today, but it would be dangerous, not to mention illegal, yet it was the original Pacific coast terminus of a nearly 2,700-mile route. Ironically, it was also the shortest leg, less than 100 miles. Since Marina Green is no longer available for aircraft operations, in consultation with various area EAA (Experimental Aircraft Association) chapters, we will use Buchanan Airport at the city of Concord, CA.”

Airport staff is providing advance notice of this historic event as it may result in an increase in air traffic on or around September 11, 2020.