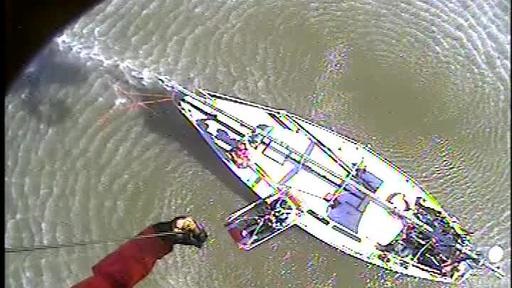 Concord, California – Three adults and two dogs were rescued from a stranded boat near Concord by the Coast Guard Wednesday.

The boat’s owner contacted the Coast Guard Sector San Francisco watchstanders at approximately 10:45 a.m., informing the Coast Guard they were stranded near Seal Islands because the boat had run aground.

The Coast Guard launched a MH-65 Dolphin helicopter to assist the stranded people. The helicopter located the boat around 11:45 a.m.

A rescue swimmer was deployed and helped hoist the three people and two dogs into the helicopter.

No medical concerns were reported.