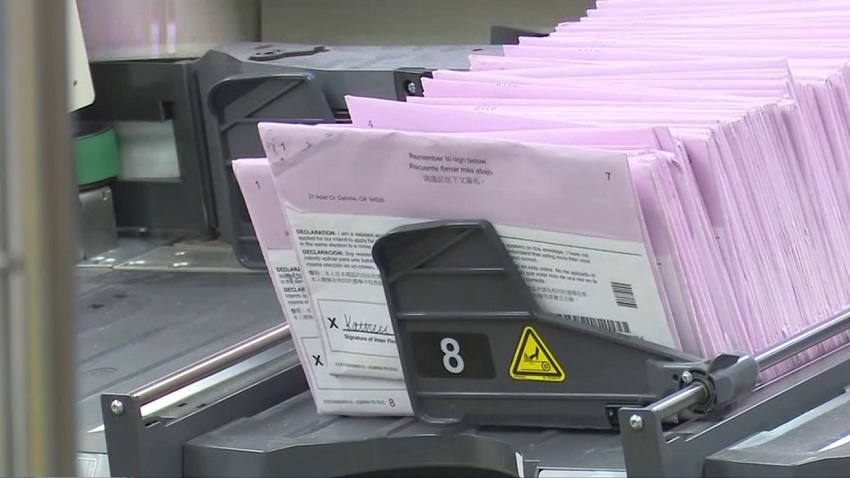 Concord, California – A complaint has been filed with the state Fair Political Practices Commission asserting the City of Concord may have spent public money on mailers that were political in nature.

The complaint submitted Monday by Tobias Lester contends that a mailer titled “Community Update, Important Information About Measure V,” was a special-edition mass mailer aimed at a “targeted subset” of Concord households — specifically, voters ahead of the Nov. 3 election — and not a standard city newsletter sent to any and all addresses.

No mention is made of the separate Yes on Measure V 2020 Campaign Committee, but the mailer does include a disclaimer reading, “Provided for informational purposes only. The City of Concord does not advocate a yes or no vote on Measure V.”

The mailer, Lester’s complaint asserts, has the “style, tenor, and timing” of campaign material because it is not a fair presentation of facts, and omits discussion of any “bad” or “less desirable” consequences of Measure V.

“My interest is in good governance. City of Concord administrators are behaving in bad faith,” Lester said through his attorney, Jason Bezis.

Lester opposes Measure V, Bezis said, asserting the COVID-19 pandemic is a bad time for a “permanent increase” of the local sales tax.

“The city’s illegal, pro-Measure V propaganda is bad for society because when voters realize we are being lied to, it destroys our faith in government,” said Lester, a Concord resident.

Lester’s FPPC complaint also contends that the six priorities listed on the mailer by Concord City Manager Valerie Barone are not a fair presentation of facts concerning Measure V, especially because as a purported “general tax” there is no guarantee any money would be spent on any of these priorities, the FPPC claim said.

Jennifer Ortega, a city spokeswoman, said Concord is aware of the FPPC complaint. “This matter is now under the purview of the FPPC, and we will cooperate with them fully and provide any information they request,” she said Wednesday.

FPPC spokesman Jay Wierenga said the commission gets “hundreds and hundreds of complaints in the weeks before Election Day.” Once received, complaints like this are sometimes dismissed, and sometimes investigated. No decision had been made on Lester’s complaint by late Wednesday.

Though the FPPC does not comment on specific complaints before they are resolved, Wierenga said investigations of the general nature and scope of the Concord complaint typically take anywhere from one to six months to investigate, or longer for more complicated cases.

On Aug. 20, the commission approved a $1.35 million settlement with the Los Angeles County Board of Supervisors in connection with violating the law regarding campaign-related communications at public expense. The settlement applied to two complaints, one involving a March 2017 special election ballot measure and the other another tied to a ballot measure in the November 2018 regular election.

In late 2018, the FPPC fined BART $7,500 for failing to report as a campaign contribution its spending on promoting its Measure RR bond issue in the November 2016 general election.