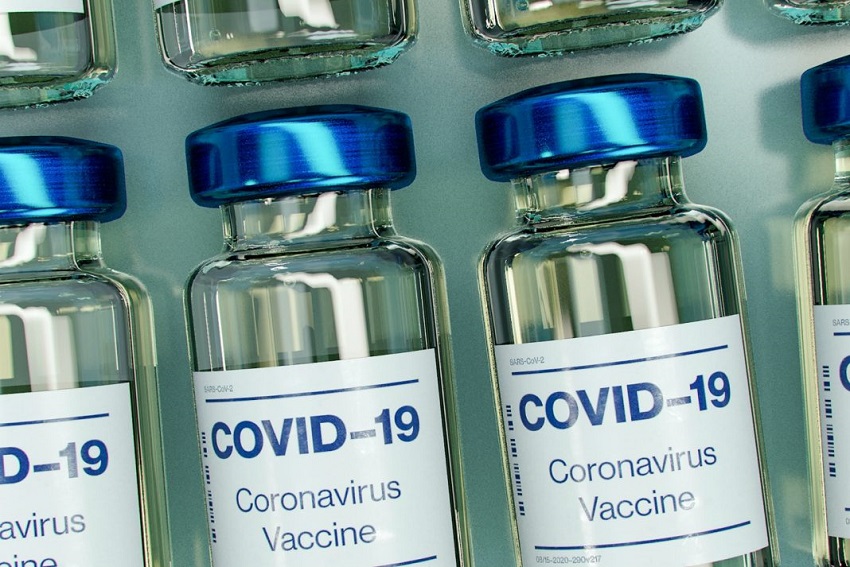 The coronavirus vaccine has landed in California.

Los Angeles International Airport officials tweeted out pictures Monday morning of the FedEx plane carrying the vaccine to prove it.

The airport called it a major milestone “for science, our country and our community.”

California is expecting 327,000 doses in the first batch.

“I’m glad the vaccine is here,” Mark Neveau, a former FEMA coordinator told KTVU. “I think it’s gonna make a big difference for everybody. Lift spirits. Get people healthy. Get the health workers back. It just comes at a great time.”

Hospital workers begin unloading precious frozen vials of COVID-19 vaccine Monday, with the first vaccinations against a scourge that has killed nearly 300,000 Americans expected later in the day.

Neveau called it “liquid gold.” And it began arriving in other cities as well.

Shots made by Pfizer Inc. and its German partner BioNTech are the first authorized for emergency use by the Food and Drug Administration — beginning what will become the largest vaccination campaign in U.S. history. Several other countries also have OK’d the vaccine, including the U.K., which started vaccinating last week.

For health workers who, along with nursing home residents, will be first in line for vaccination, hope is tempered by grief and the sheer exhaustion of months spent battling a coronavirus that still is surging in the U.S. and around the world.

“This is mile 24 of a marathon. People are fatigued. But we also recognize that this end is in sight,” said Dr. Chris Dale of Swedish Health Services in Seattle.

Packed in dry ice to stay at ultra-frozen temperatures, the first of nearly 3 million doses being shipped in staggered batches this week made their way by truck and by plane around the country Sunday from Pfizer’s Kalamazoo, Michigan, factory. Once they arrive at distribution centers, each state directs where the doses go next.

Some hospitals across the country spent the weekend tracking their packages, refreshing FedEx and UPS websites for clues.

More of the Pfizer-BioNTech vaccine will arrive each week. And later this week, the FDA will decide whether to green-light the world’s second rigorously studied COVID-19 vaccine, made by Moderna Inc.

Now the hurdle is to rapidly get the vaccine into the arms of millions, not just doctors and nurses but other at-risk health workers such as janitors and food handlers — and then deliver a second dose three weeks later.

“We’re also in the middle of a surge, and it’s the holidays, and our health care workers have been working at an extraordinary pace,” said Sue Mashni, chief pharmacy officer at Mount Sinai Health System in New York City.

Plus, the shots can cause temporary fever, fatigue and aches as they rev up people’s immune systems, forcing hospitals to stagger employee vaccinations.

A wary public will be watching closely to see whether health workers embrace vaccination. Just half of Americans say they want to get vaccinated, while about a quarter don’t and the rest are unsure, according to a recent poll by The Associated Press-NORC Center for Public Health Research.

The FDA, considered the world’s most strict medical regulator, said the Pfizer-BioNTech vaccine appears safe and strongly protective — and laid out the data behind it in a daylong public meeting last week for scientists and consumers alike to see.

Still, emergency use means the vaccine was cleared for widespread use before a final study in nearly 44,000 people is complete — and that research is continuing to try to answer additional questions. While effective against COVID-19 illness, it’s not yet clear if vaccination will stop the symptomless spread that accounts for half of all cases.

The shots still must be studied in children, and during pregnancy. But the American College of Obstetricians and Gynecologists said late Sunday that vaccination should not be withheld from pregnant women who otherwise would qualify.