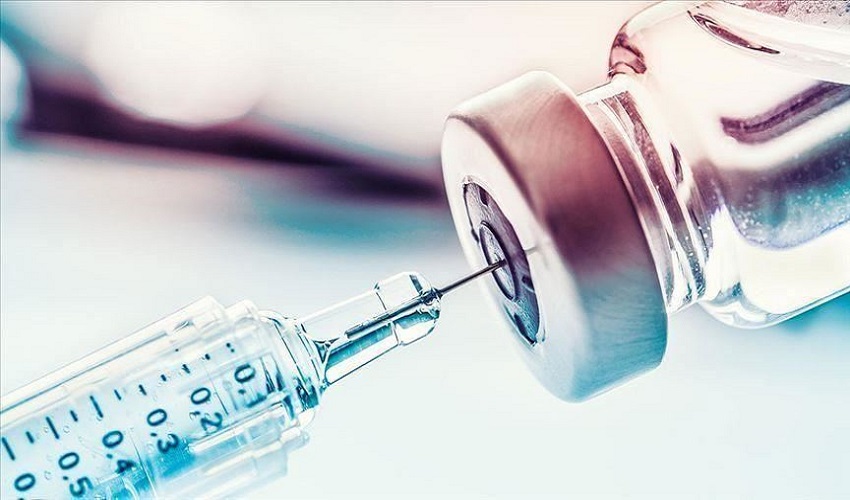 More than 100,000 people around the world have been injected in trials for coronavirus vaccines being considered by the U.S.

Participants in the various trials have reported similar reactions to the different vaccine products.

Pfizer’s analysis indicates that about 25% to 50% of patients experienced some degree of side effects, while 10% to 15% had a more serious reaction.

“I had chills, nausea, a headache, some fatigue, and that just kind of got worse and worse as the night went on,” said Kristen Choi, a nursing professor at UCLA. On Dec. 7, she published a first hand account in the Journal of the American Medical Association, of the symptoms she experienced after her second injection in a Phase 3 Pfizer trial, including a 104.9 degree fever.

“At that point, I suspected that I probably got the active vaccine rather than the placebo, although I don’t know for sure. And I took some Tylenol and the fever started to come down pretty quickly.”

Choi’s reaction is considered more serious and rare, but is exactly why hospitals plan to stagger vaccines doses among staff, so not everyone feels lousy on the same day.

“I was definitely in bed and that wouldn’t have been a day I could have gone to work, I felt pretty sick.”

East Bay residents, Dan Horowitz and Dr. Judson Brandeis, also participated in phase 3 Pfizer trials and had very mild to moderate reactions. They both believe they got the actual vaccine because they have since tested positive for COVID-19 antibodies.

“I had a little discomfort in my shoulder for two or three days,” said Dr. Brandeis. “Other than that, it was really a no-brainer. I was totally fine.”

“Maybe a little bit of achiness in my arms, just feeling a little bit funny, but nothing that frightened me,” said Horowitz. “It said to me, ‘were going to get through this.'”

The younger you are, the more likely you are to have side effects because your immune system is strong and responding to the vaccine, which is likely why Choi, who is 28, had a more intense reaction than Horowitz, who is 65.

The immune response to vaccines and allergic reactions

“These vaccines are very immunogenic, meaning they stimulate a strong immune response, and so the likelihood is that if you’re having symptoms after a vaccine, that your body’s responding incredibly well to the vaccine,” said Dr. Grace Lee, a pediatric infectious disease physician at Stanford.

“It does look like vaccine efficacy remains quite high in the older adult population, so that’s all good news.”

Dr. Lee also sits on California’s Scientific Safety Review committee for vaccines. She addressed concerns about the two patients in the UK who had anaphylactic symptoms after they received the Pfizer vaccine on Dec. 8. Both had a history of allergic reactions.

“It may be for whatever reason that they had an allergy to a component of the vaccine. I wouldn’t expect that this vaccine would be more allergic or cause more anaphylaxis than any other vaccine at this time.”

When asked how quickly someone might have an allergic reaction to a vaccine, Dr. Lee said, “typically it will happen within a few hours if there is an immediate anaphylactic reaction.”

What’s more likely, is vaccine recipients will have shoulder pain or minor flu-like symptoms 12-24 hours after injection. Symptoms manifest more often after the second dose. And even though some side effects may be similar to the virus, you can not actually contract COVID-19 from the vaccines.

As for AstraZeneca, Tricia and Kevin Jiang, who volunteered for the San Francisco trial, have no symptoms after their second injection. But, they have reason to believe they may have gotten the vaccine. “My teenage son got COVID-19 and tested positive multiple times, and we had to take care of him and we tested negative multiple times,” explained Tricia.

For Moderna, new data from the FDA indicates fatigue, headaches, and muscle pain are the most common vaccine side effects.

Susan Froehlich woke up sick the morning after her second trial injection. “My stomach felt awful, my head was killing me…. The only thing that was not hurting was my hair follicles.”

Susan, and her husband Dr. Thomas Froehlich, both participated in a Phase 3 Moderna study in Texas. A second study they enrolled in, showed Susan had COVID-19 antibodies. She says the pain, which was cured by some over-the-counter anti-inflammatories, was worth it. “I am so glad that I got this vaccination! I am so glad that in the future, I’m going to be safe, I can go to the store, I can hug my grandkids, and I don’t have to worry. I feel so free now!”