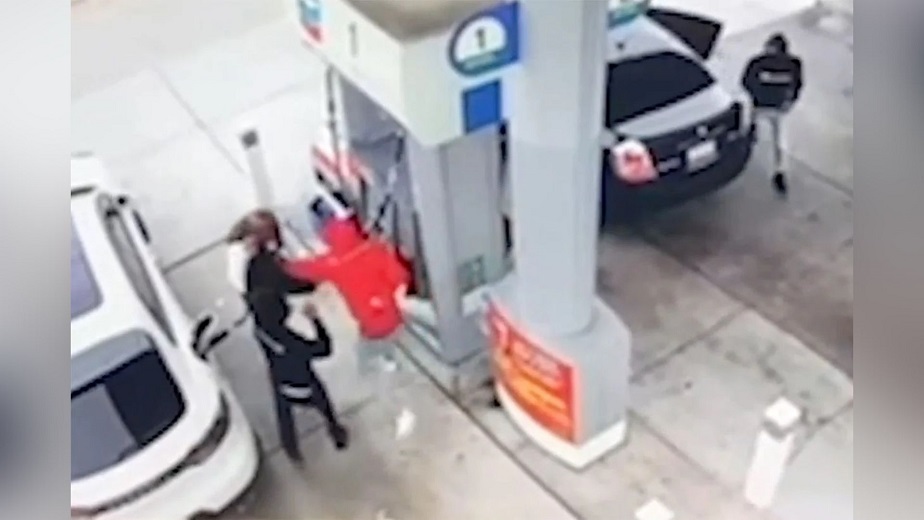 Oakland, California – A former Oakland Police Department captain was shot six times in an attempted robbery at a West Oakland gas station on Thursday. He was recognized for working on the city’s Ceasefire strategy to reduce gun crime in the last decade.

After undergoing surgery for six gunshot wounds on Thursday, the retired Oakland Police Department captain Ersie Joyner is in critical but stable condition.

New details have emerged along with surveillance video of the three suspects approaching and apparently scuffling with Joyner as he stood at a gas pump beside his white Porsche. The incident unfolded around 1 p.m. at the Chevron station on Castro Street in West Oakland. The three male suspects emerge from a black sedan on the other side of the gas pump where Joyner is standing. They approach Joyner, apparently in a stickup attempt, and they crowd around him at the pump, likely demanding his wallet.

One suspect can also be seen opening the doors of Joyner’s car to look inside.

Joyner, who had a loaded handgun on him, steps back and the video freezes where he aims at one of the suspects.

That suspect was fatally shot, and Joyner was subsequently shot six times.

The other two suspects reportedly tried to remove the body of their friend, but then left him and took off in the waiting vehicle.

OPD Chief LeRonne Armstrong said in a Thursday press conference that the two suspects are in custody, and it remains unclear whether this was a targeted incident.

“It’s early in the investigation, we’re looking at every motive, everything that might have led to this particular incident, so nothing is off the table,” Armstrong said.

Armstrong added that this incident “shows us how brazen these individuals involved in this activity can be.” And, he added, “It’s unfortunate that we have to stand before you today and talk about one person who is dead and one who is really fighting for his life.”

Joyner’s friend, David Muhammad, the executive director for the National Institute for Criminal Justice Reform, based on Oakland, tells ABC 7 that he and Joyner had just come back from Indianapolis, where they were consulting with city leaders on a crime reduction strategy.

“He has worked his career to reduce gun violence in Oakland, and to be the victim is horrible,” Muhammad said.

As the Chronicle reported Thursday, Joyner joined the OPD in 1991 and led the Ceasefire strategy from 2013 until his retirement in 2019. Since retiring from the force, Joyner has been working in the cannabis industry, and he owns multiple dispensaries.