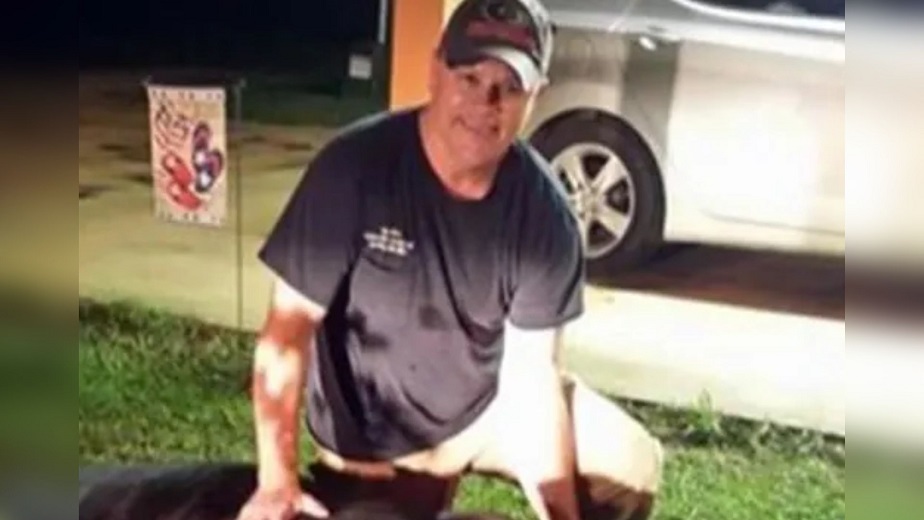 Although barking is a natural behavior for dogs, and it can serve different purposes in different contexts, most dogs bark to alert their owner or others to something, such as the presence of a person or animal nearby.

When Wade heard his dog incessantly barking at something outside his home, the last thing he expected was to find a 820-pound hog on his front lawn.

Wade is used to being surrounded by wildlife. His schnauzer, Cruiser, usually barks at deer or raccoons that run around the neighborhood.

So, when Cruiser began barking, he didn’t think much of it. At least until his daughter started screaming.

“I jumped up to see what was going on,” Wade said. “I looked out the back window and saw nothing, so I ran to the front of the house, where my daughter was looking out the window. I couldn’t believe what I was seeing.”

About 5 yards from his front porch stood the feral hog with tusk-like teeth approximately 6 inches long. Worried the hog may attack Cruiser or his family, Wade ran inside to grab his .38 caliber revolver.

“By the time I got in a position to shoot, the hog was about 12 yards away,” he said. “Cruiser was out of my line to the hog, so I fired.”

It took three shots before the hog finally fell. The next day, he took the animal to weigh it on a drive-thru scale. He was shocked to see it weighed a massive 820 pounds.

Feral hogs are commonly found in the state Wade lives in and are considered an invasive species. The animals breed quickly and have few natural predators, so they graze on indigenous plants and destroy the natural habitat. According to the U.S. Department of Agriculture, hogs cause $800 million in agricultural damage each year.

Wade told the AP he will stuff the hog and display its head and shoulders at his taxidermy shop. The rest of the animal was discarded because he didn’t think it was safe to eat.

“It’s so humid down here it had to hang all night. I wouldn’t trust the meat,” he said.

As a way to keep the ever-growing hog population under control, state law permits hunters to kill as many hogs as they like on private property.

Wade had no regrets about his decision to shoot the hog, which he thought could have posed a threat to the safety of his family.

“I didn’t think twice about taking down this hog,” he said. “I’d do it again tomorrow.”

Click here to see a photo of the massive hog.

Waitress enraged after not receiving a tip on $187 bill, her response goes viral on social media
Teen boy tries out sawed-off shotgun, instantly regrets it after ignoring the safety advice