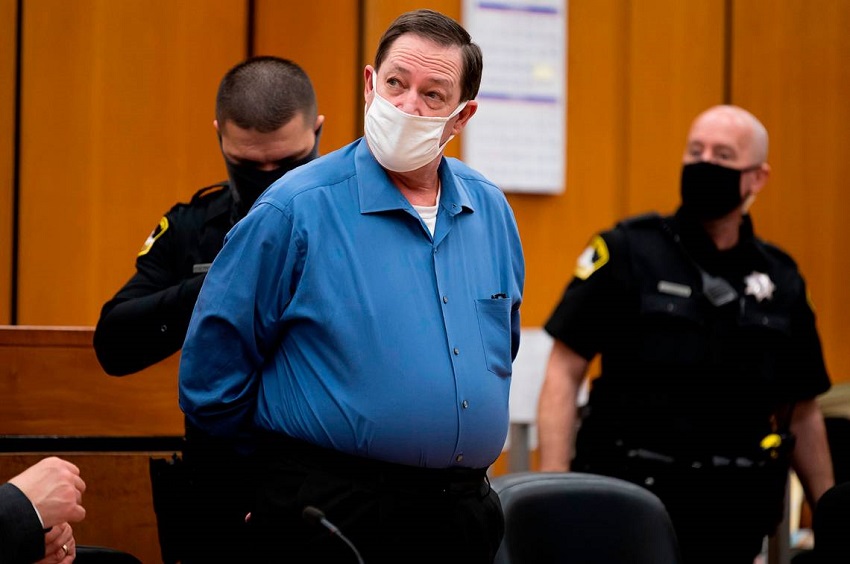 Contra Costa County, California – Roy Charles Waller was sentenced Friday to 897 years in prison following a conviction in the “NorCal Rapist” case involving the assault on nine women from 1991 to 2006.

Waller was convicted of 46 counts including kidnapping, forcible rape, oral copulation, sodomy and foreign penetration in six counties, including Sonoma, Solano and Contra Costa counties in the Bay Area.

Waller lived in Benicia and worked at the University of California at Berkeley for about 25 years before his arrest in September 2018.

“Nine victims waited for more than 20 years for this moment and it is only with the use of Investigative Genetic Genealogy and the science of DNA that it has come. This is their day.”

Investigators, in 2006, linked biological evidence from six cases to the same suspect, but the suspect’s DNA was not in California’s criminal database, prosecutors said.

About two years ago, evidence left at one of the crime scenes was used to create a DNA profile. That profile was meant to be used for investigative genetic genealogy, which led to some possible relatives of Waller, according to prosecutors.

Neither DNA nor genetic material from these potential relatives was given to law enforcement, prosecutors said.

The Sacramento County District Attorney’s Office created family trees, which led them to Waller. He was arrested Sept. 18, 2018 after Sacramento police obtained an abandoned sample of DNA from his home in Benicia.

Waller’s DNA confirmed he was the NorCal Rapist, prosecutors said.

He said ultimately it was the DNA that sank Waller’s case. Waller wanted a trial, Farina said.

According to prosecutors, the 897-year sentence is the maximum allowed by law. Farina said the sentence was not a surprise based on his experience handling sex crime cases. Farina said he will file an appeal next week, which is standard practice.