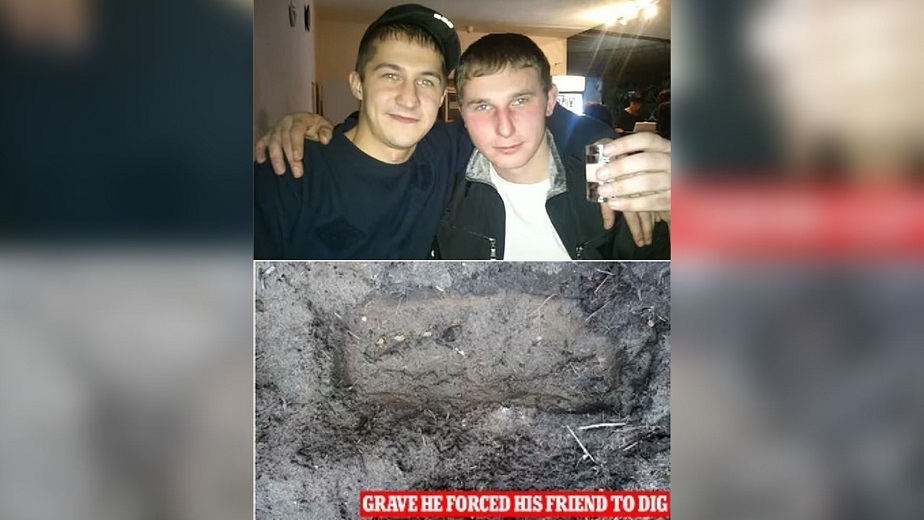 I don’t think there’s a parent alive who can’t feel for what this father went through. Not only did he discover that his 6-year-old daughter had been brutally se-ually assaulted by a pe-ophile, but he also learned that the pe-ophile, was actually one of his very good friends. And he found out about the abuse one night when they were out drinking and having a good time. The father found video evidence of the se-ual assault of his daughter on his friend’s cell phone.

Ultimately, the father gave the friend an ultimatum, either go to the police and confess, or face the father’s wrath. The friend choose wrath, but after being forced to dig his own grave, the pe-ophile committed suicide, or that’s what the officials say, anyway.

As per reports, a distraught father who forced his best friend to kill himself when he discovered the man had se-ually abused his daughter has been freed from jail after only six months.

Vyacheslav, 35, was jailed for 18 months but now has been allowed home a year early. There was a wave of sympathy for the father who forced child se- abuser Oleg, 32, to dig his own grave in a forest.

The pe-ophile died soon afterwards following a fight with Vyacheslav, who secretly buried his corpse in the unmarked grave.

Investigators concluded that Oleg took his own life during the forest fracas, in which Vyacheslav made clear his fury over the se- abuse.

Upon being released from prison early, the father posted a picture of himself and his wife, Natalya, 35, with the words, “Home. Love it very much.’

Vyacheslav was initially held on suspicion of murder, but this triggered a public outcry.

In April, he was convicted of “inciting” his friend “to suicide” and sentenced to 18 months in a jail.

Here’s a photo of the one-time friends. The abuser is on the left, and the father is on the right.

The close friendship broke down when the father found sickening and graphic footage on his friend’s phone showing Oleg forcing his daughter to perform a se- act on him.

The girl, now nine, was heard pleading: ‘Oleg, that’s enough, I can’t take it any more. I want to go home’.

Vyacheslav, a former factory worker, could have been jailed for 15 years if he had been charged with murder.

There was a wave of public support for Vyacheslav after he was linked to the killing of Oleg, and the case was highlighted around the world.

A petition signed by 2,500 people demanded that he be fully acquitted.

They supported him for “saving our children by ridding us of a child se- attacker.”

Prominent TV journalist said “All parents are standing up for the pe-ophile’s killer.”

Vyacheslav was charged with “inciting a person to commit suicide… by threats or abuse.”

Sources close to the case said that detailed forensic evidence showed that Vyacheslav had not stabbed Oleg in a forest where the dead man’s body was found later in the makeshift grave.

There are claims Oleg was given an ultimatum to go to the police and confess to se-ually abusing the girl, or face the father’s wrath.

A relative said Oleg was seen badly beaten on the day he disappeared in September 2021, more than a week before his body was found in the makeshift grave near Vintai village.

Two other children are feared to have been abused by Oleg.

How horrific. I am glad that this father is out of prison and is able to be back with his family.

Teen boy tries out sawed-off shotgun, instantly regrets it after ignoring the safety advice
Woman shocked to see a painting of a man shooting heroin into Jesus’ arm; posts it online and it quickly goes viral