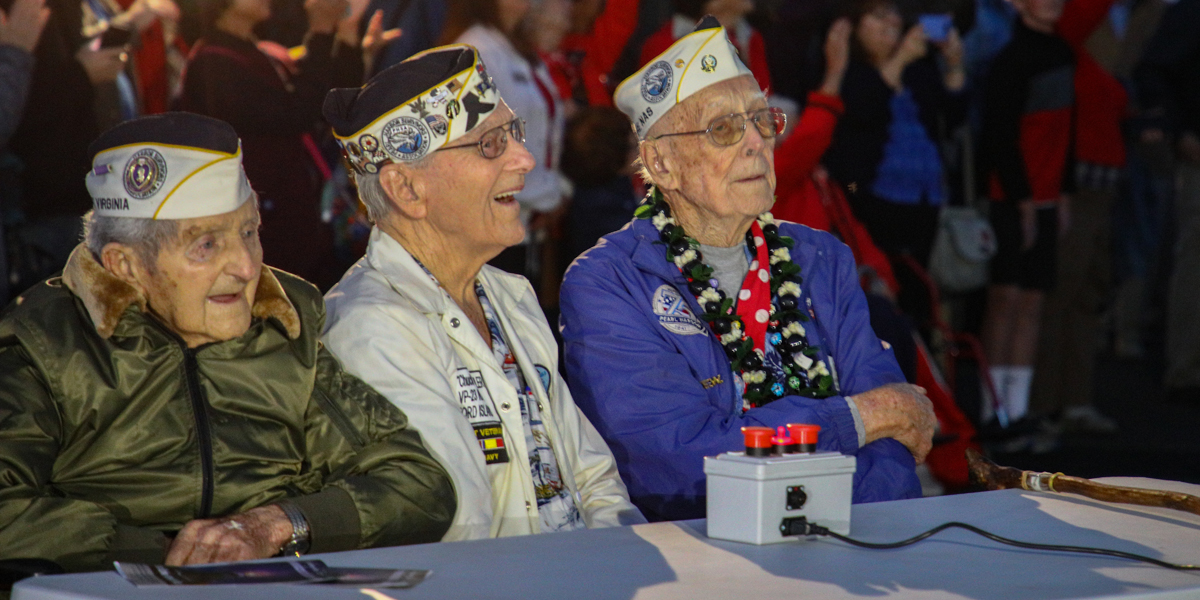 In a 45-minute video, the three local East Bay survivors of the Pearl Harbor attack will recount their experiences that fateful day. Speakers will then pay tribute to those who sacrificed their lives and honor those yet living, “Lest We Forget” the tragedy that befell the country nearly eight decades ago and the way we came together after the attack.

As a final tribute, the “Eye of Diablo” Beacon will be lit. The light will shine throughout the night as a tribute to those who served and as a reminder of our strength as a nation when we come together.