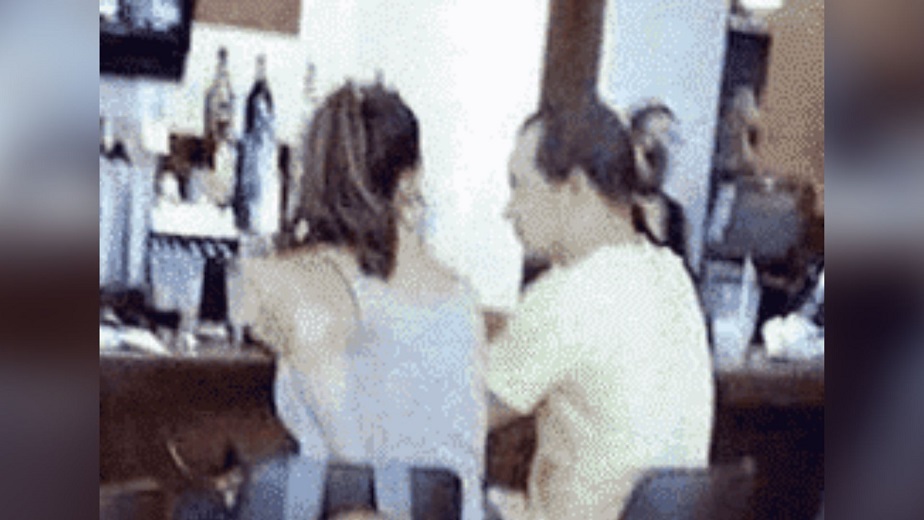 A mother was pictured enjoying drinks at a bar counter with a man. And everything appears normal until you see what she’s hung over the back of her stool like you’d hang a bag!

The mother had hung her baby on the back of the stool. The baby seems to be around three months old and the picture is from a couple of years ago, but it is making its rounds again. People just can’t get over the fact that what the mother’s done is a very dangerous thing, and it wouldn’t really take much time for something to go wrong.

The picture has over 3K likes and hundreds of comments from concerned people. Having said that, there were also a few people who claimed to think the woman knew what she was doing.

“Why are these people so desperate to forget they have a kid with them that they have to hide it like a coat you don’t want to deal with?” a user commented. Another user questioned: “They can’t hold the baby in a lap or strap it to one of their bodies or put it in a high chair as parents do?”

Yet another said it was a “terrible show of parenting” and added: “As a parent with a toddler and a 3-month-old… what the f**k? No, your child isn’t a backpack or coat. Don’t hang them casually on a bar stool.” People simply couldn’t comprehend why a mother would do this, mainly because the baby was facing away from the mother. What if the child was in distress? The woman wouldn’t notice. However, if “I just picture someone walking by and hitting it in the head pretty hard. So unsafe. Idiot parents”, noted one more.

One user said: “‘I’ve tried this move enough times in airports. Spoiler alert: when you get up, the stool is going to fall over.” These things can happen, and imagine just what would happen to the baby if something like this were to happen to the poor thing?

But, it seems like the baby was not in any immediate distress, despite the commotion caused by the picture. One can only hope that the mother’s seen this and has learned her lesson since.

Son placed his sick, elderly mother in a care home, shocked to witness a horrific scene on her
Teenage boy has an unrequited crush on his neighbor, he decides to do the unthinkable to appease his desires