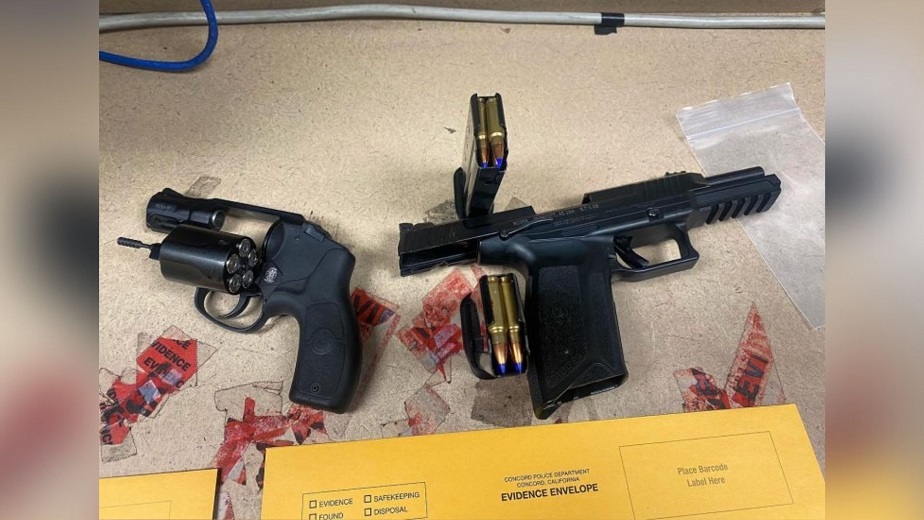 Concord, California – Concord police said a convicted felon was arrested after a road-rage incident at a traffic light in the city.

The incident occurred on Monday around 8 a.m. when the driver of the Chevrolet Tahoe started arguing and threatening the truck driver in front of him for stopping at the traffic signal. The Tahoe driver then pulled out a black-semi automatic gun, swung the gun in the air and allegedly yelled to the driver, “People get shot for driving like that.”

The truck driver called 911 and gave authorities a detailed description of the suspect’s vehicle. The vehicle was later spotted at a parking lot of a shopping center, but the driver fled from the location as soon as he noticed that police officers were starting to arrive.

Law enforcement was forced to make an enforcement stop, but the suspect kept driving on Oak Grove Rd. and eventually pulled over to the side of the road.

Officers detained the suspect and, after searching the vehicle, found a black handgun and a .38 caliber revolver.

Authorities said the suspect is a convicted felon. The victim positively identified the suspect.

Eventually, the suspect was arrested and taken to the Martinez Detention Facility.

Several delays reported after a train hit pedestrian
Negotiations for a pay rise with a mediator between Mt. Diablo teachers’ union and district did not yield results