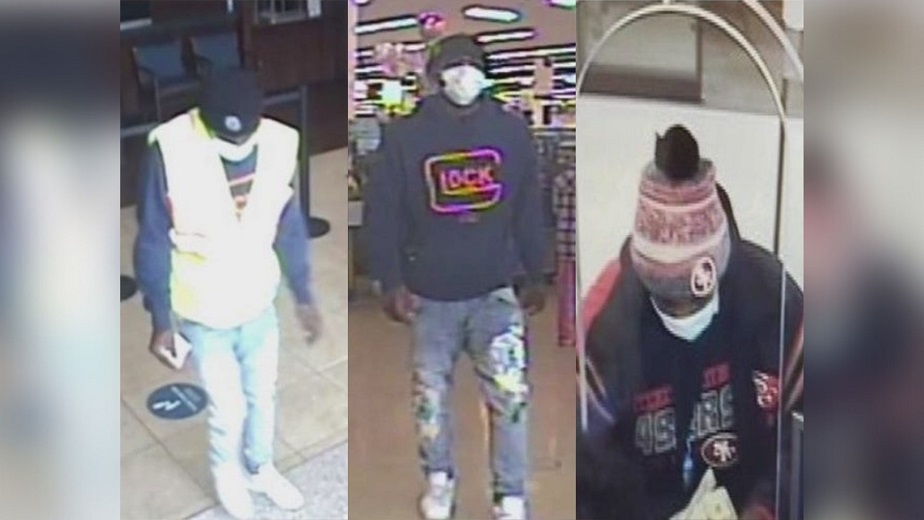 San Francisco, California – One man is believed to be the main suspect in at least two or three bank robberies that occurred on Saturday, and authorities are asking for the public’s help in identifying him.

Police are led to believe that the same suspect is responsible for the robberies, as photos obtained from the banks’ surveillance show an individual dressed in a similar way.

Photos reveal that the suspect is wearing a vest that covers what looks like the sweatshirt that was worn during the second robbery.

Although the clothes of the suspect in the surveillance photos from the third robbery look different from the previous two, the San Francisco Police Department said they are investigating if there are any connections.

Anyone with information about the cases is asked to contact the Police Department’s tip line at (415) 575-4444 or to send a tip by text message to TIP411 with “SFPD” at the start of the message.