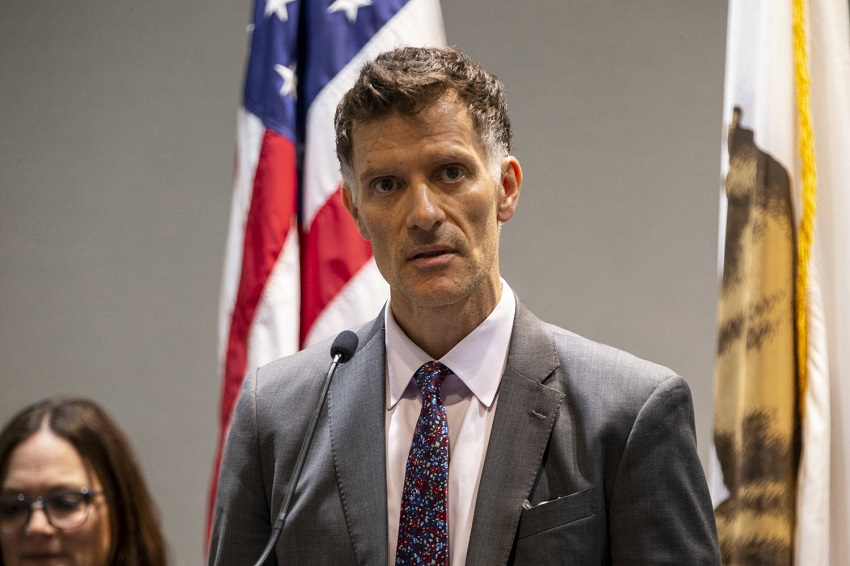 San Francisco remains in the state’s Covid-19 red tier but could end up in the state’s most restrictive tier “some time soon,” said Department of Public Health Director Dr. Grant Colfax.

Colfax warned residents Friday that The City might end up in the state’s most restrictive tier, purple, as early as Sunday, but the state’s Health and Human Services Secretary Dr. Mark Ghlay said four counties were moved from the red to the purple tier. The City avoided that backslide at the time.

The state can readjust tier assignments at any point in the week, said Colfax. He added that the current case surge puts The City on a path to soon enter the purple, most restrictive tier.

Colfax said he has seen an “aggressive” increase in cases — during the week of Nov. 4, The City averaged 73 cases per day, but that average jumped up to 118 per day in the week ending Nov. 18.

“We are at a critical moment. We cannot let the virus get so far ahead of us or we will never catch up.”

Noting that 55 people were hospitalized for Covid-19 as Sunday, Colfax added:

“Right now, we still have enough room in our hospitals to care for patients with Covid-19. But, as we’ve seen across the nation in the state and as we saw in our earlier surges, this can change very quickly.”

Joaquín Torres, the director of the Office of Economic and Workforce Development, said that if The City enters the purple tier, indoor gyms and fitness centers, indoor museums and outdoor activities, such as the ferris wheel in Golden Gate Park, would have to close. Capacity inside some retail stores would be reduced from 50 percent to 25 percent.

The new restrictions would take effect within 24 hours from the time The City entered the purple tier.

On the vaccine front, Colfax said The City is doing everything it can to prepare to resident distribution. He said the City Administrator’s Office has purchased three ultra cold freezers that can store hundreds of thousands of vaccine doses.

“I’m very confident with the team that we have that we will be as ready as possible to start vaccine distribution when that time comes.”