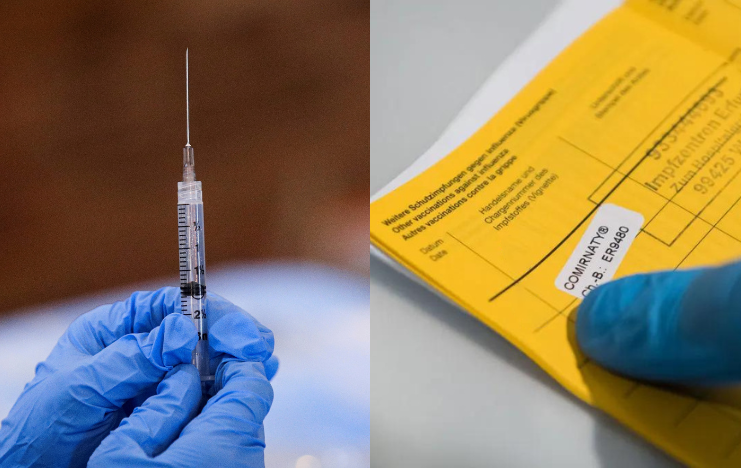 While a decent number of people are still vaccine hesitant for all the wrong reasons, others simply are not afraid to even get extreme number of Covid-19 shots for profit, most certainly risking their own health. Such is the case with a man from Germany who is accused of receiving at least 87 Covid-19 shots since last July.

According to multiple reports, the 61-year-old whose identity was not revealed by the local media, the man’s plan was to collect as many vaccine cards as possible, and sell them to anti-vaxxers who can later turn those green passes into vaccine passport and travel freely. Reportedly, the man was getting as many as three shots per day at one point in an effort to achieve his goal more quickly.

The investigation started when the German branch of the Red Cross filed a complaint against the man. According to the Newsweek, it is suspected that he showed up at different vaccination sites with different blank cards with his real name on them.

“We then observed this and warned the other vaccination centers in Saxony,” the German Red Cross spokesperson told Freie Presse.

The man was initially noticed by the Red Cross staff and they were told to inform the police once they see him again at any of the local vaccination sites. The man reportedly lied about his health history every time he showed up to get a Covid-19 shot which allowed him to get more shots than what German residents were allowed to. Had he given insurance information regularly, his actions might have been noticed sooner.

The initial investigation has shown that the man used his own method to remove his name from the vaccine cards once he completed a round of shots. That way, those who bought the vaccine cards were able to put their names on them and later turn them into vaccine passports. At this point, the amount he made selling vaccine cards remains unknown.

The 61-year-old is accused of getting 87 known shots in local vaccines sites. However, he is suspected he may have scammed his way into more shots, so investigations are currently underway in other German states. His first known vaccination allegedly took place in July 2021.

COVID-19 test kits provided for Mt. Diablo Unified School District students to use before returning to classes
CDPH will no longer recommend a quarantine period for people exposed to COVID-19 without symptoms