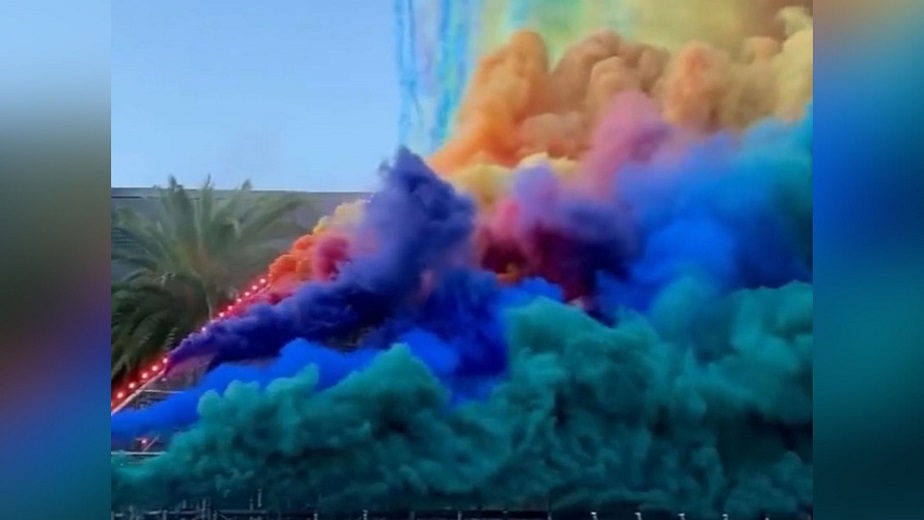 Chicago said she used non-toxic pigments and pyrotechnics to create spectacular effects that emerged from a 27-foot-high scaffold.

It was a free even and lasted about 15 minutes.

“It’s thrilling,” said Fine Arts Museums of San Francisco Director Tom Campbell. “Look, we’re a city museum. We’re here to serve the community, so it’s really fun when we can do something that is so festive and so accessible to everybody. It’s really great to do it.”

Campbell said Chicago’s work has focused on the environment since the 1970s.

“Back then there were a lot of artists – mostly men artists literally carving into the landscape – landscape art. And Judy wanted to do something that was a lighter touch, that would be ephemeral, non-toxic, non-invasive,” Campbell said. “Throughout her career she’s continued to be very concerned about the environment.”

Judy Chicago: A Retrospective exhibit, which includes dozens of paintings, ceramic sculptures, and drawings will be on view until January 9, 2022 at the de Young Museum.

It will be free to the public next Saturday, October 23.