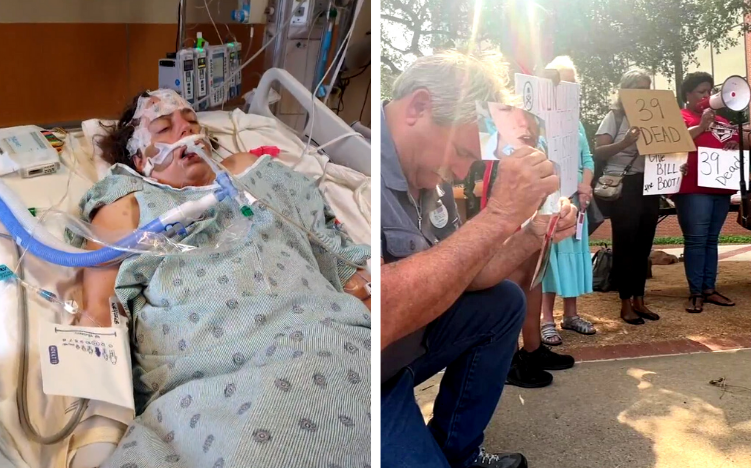 The family of a 38-year-old woman, who has the mentality of a 6-year-old as she suffers a form of epilepsy that rendered her unable to communicate effectively, has raised the alarm after she ended up in medically induced coma after being transferred to hospital with bruises all over her body, injuries that authorities are not able to explain. The family members decided to speak out few days ago, claiming that she was not administered the medication she needs during her 10-day stay in jail.

According to multiple sources that reported about the incident few days ago, the woman was identified by her family as K. Masten and they are now demanding the local sheriff to resign claiming Masten was mistreated during the jail period eventually resulting with hospitalization. In addition, they are also demanding changes to how people with intellectual disabilities are jailed. Meanwhile, a review by the sheriff’s office found jail staff did not commit any crimes against Masten who suffers from a severe type of epilepsy.

The Tx. based Tar. County deputies confirmed the woman was arrested mid-April following a 911 call from her grandmother, as she was taking care of her at the time. The first responders arrived at the scene and Masten’s grandmother told the authorities she bit her following a long day of seizures. However, Masten’s sister and father additionally explained that the grandmother called 911 only because she didn’t know who else to call, and she expected Masten to get medical help. Now they say that ‘many local systems failed in properly handling Masten from the moment that 911 was called.’

Masten’s grandmother, who is also her legal guardian, immediately informed the first responders about her granddaughter’s condition and that she needs constant medication for her lifelong fight with Lennox-Gastaut Syndrome, which causes almost daily seizures that can rob oxygen from her brain. She also explained that while Masten is an adult, doesn’t function like one. The officers told her they would take Masten to the jail where she would have a medical evaluation, then Masten would be taken to hospital within a few hours.

The jail let her go without seizure medication, even though her family brought the medication to the jail, said Danny, Masten’s father.

“Visitation was on a monitor, and I can see she was having a seizure at that time. And I told them. They said, ‘There’s nothing we can do about it. She won’t take her medicine,’” Danny remembered. “Well, she has to be coaxed into taking her medicine sometimes. And if they saw that, why didn’t they do something about it?” Unfortunately for Masten, she was kept in jail and finally transferred to hospital on April 21 where doctors immediately noticed bruises all over her body, black eye and bleeding lip.

Family relatives added that she had no injuries when she was arrested claiming that everything happened while she was in jail. Her sister, who was reportedly in touch with the jail officials during the jail time, says that none of the jail employees was able to explain what happened to Masten and how she got the bruises. In addition, Masten was wearing a jumpsuit all the time while jailed, which covered her whole body, making it impossible for her father to spot the bruises during the two webcam calls he had with his daughter.

“The first thing they did wrong was the PD took her to the county jail instead of directly to JPS MHMR which is where she needed to go,” said Masten’s sister. “The evaluation obviously does not work, it should not even be in place. If those are the policies and procedures they’re going by and going to stand by with the condition that she is in, then there’s a serious problem here,” she added.

The local sheriff office later said they are aware of the problem they face and there is a need for the state to increase the number of mental health beds available for those who have significant MHMR needs. As of two weeks ago, 138 inmates in the area were waiting for a bed in the state mental health hospital.

Young Black boy, who was called the N-word by White teenagers and had ‘White Lives MATTER’ written on his head while he was unconscious at a party, speaks about the incident and seeks justice
40-year-old woman, who had already made the full transition from male to female, claims she was discriminated and was denied gender-affirming care after spending two years in a male prison, lawsuit