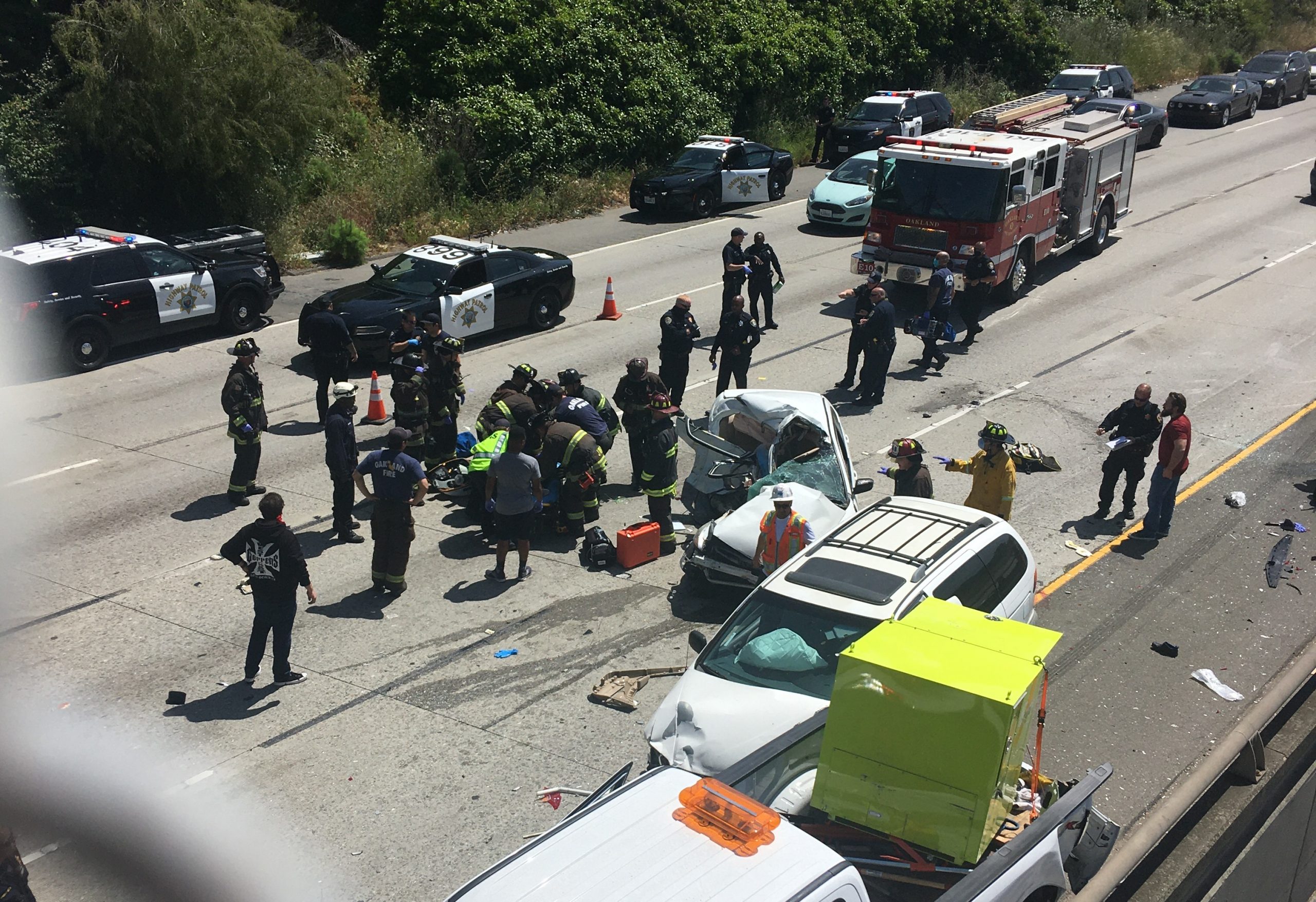 Two people were injured in a collision about 9:30 p.m. Saturday night at the intersection of Sellers Avenue and Marsh Creek Road, according to the East Contra Costa Fire Protection District.

Crews responded to the scene and found one vehicle smoking after a passerby put out a fire with a fire extinguisher before they arrived. Six people in total were involved in the crash, including three children, and two were taken to the hospital.

In the second incident, police and fire crews responded to the Sunday morning crash at about 4:45 a.m. just east of Balfour Road in Brentwood. Fire crews dispatched to the area found three people injured and closed the highway down in both directions.

A helicopter transported one patient with major injuries to a hospital in Walnut Creek. Two other victims were taken by ambulance to the same hospital.

The cause of both crashes was under investigation by the California Highway Patrol.

Pedestrian hit by vehicle in Concord