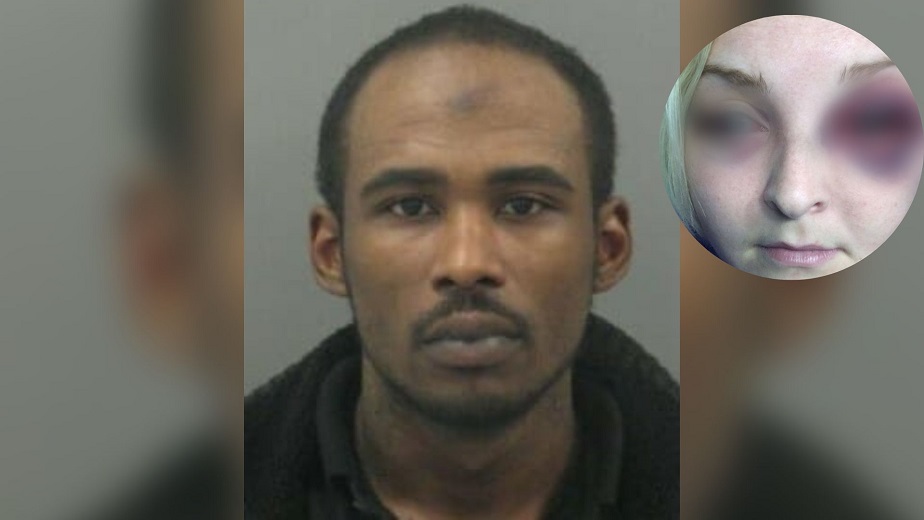 A young woman was brutally beaten by her boyfriend, causing her to permanently lose vision in one eye. In response, the woman’s father is said to have offered a $500 reward to anyone who can provide information on the whereabouts of the suspect.

Chelsea, 20, was nearly killed by her boyfriend, Cedric, 27, during an altercation.

“Apparently he choked her until she passed out, brought her back, then choked her again and continually stomped on her head,” said Chelsea’ stepmother, Melissa. “She’s scared, and she probably will be forever.”

Cedric, known by friends as Moe, reportedly fled the city. Mark, Chelsea’s father, offered $500 to anybody who could provide police with information that would help them track down his daughter’s attacker.

“He needs to be caught so that this doesn’t happen to anyone else, and I don’t have to worry about it happening to her ever again,” said Chelsea’s stepmother.

Doctors say that Simmons was just minutes away from certain death and will likely endure pain from this incident for the rest of her life.

According to reports, Chelsea filed a restraining order against Cedric, but both the families and authorities realize that may not necessarily protect the young woman. Cedric has a history of violating an order of protection, including incidents in 2008 and 2009.

We are republishing this story in light of reports that indicate the pandemic has caused a surge in domestic abuse globally.