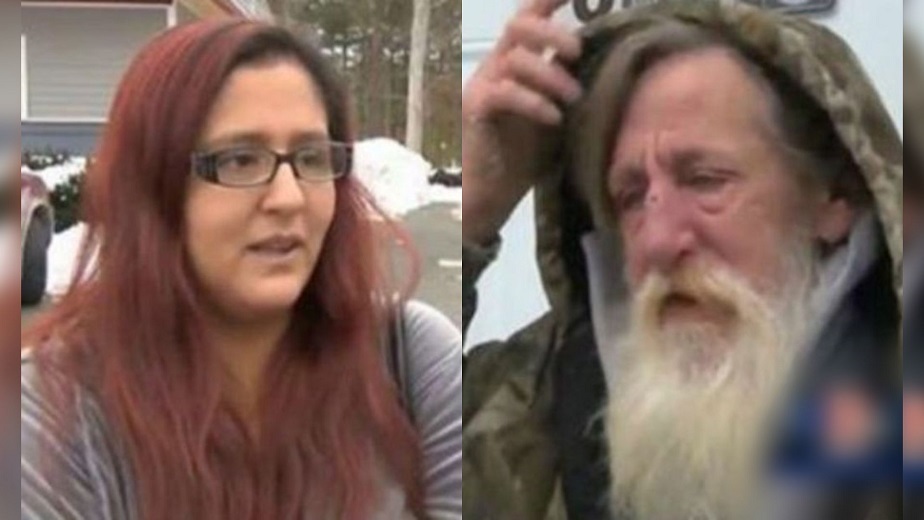 A woman has been praised for what she did immediately after winning $200 in a scratch-off.

Sofia was at a stop sign when she played a scratch ticket and found out she had won $200. As soon as she looked up, she saw Glenn right in front of her.

Glenn had been homeless for 3 years and was out panhandling on that cold night. As soon as she found out she had a winning ticket, Sofia knew what she had to do.

“I knew that the money never really belonged to me,” Sofia said. “This money was meant to help him.”

Sofia called Glenn over to her car and said that she wanted to take him to Dunkin Donuts to buy him a coffee.

“He was so overwhelmed by just the generosity of the coffee that he just couldn’t stop crying,” she said.

While speaking to Glenn, Sofia learned he had been on the streets because no local homeless shelters had room for him. That’s when she knew that she wanted to do even more for him. Sofia used the rest of her winnings to pay for a motel room for Glenn for two nights.

“I couldn’t believe there was somebody like her,” Glenn said. “She deserves a lot of credit for where I am right now.”

Sofia shared her story in a Facebook post, and after the post was shared hundreds of times, she began receiving messages from people who also wanted to help Glenn. She then launched a GoFundMe crowdfunding campaign to “help give Glenn a second chance.”

A local barber who heard about the story offered to give Glenn a free haircut, and others in the area donated goods and services to help him out.

“There are a lot of good people in this world,” Glenn said. “I’m overwhelmed with all the help, and I just want to thank everybody.”

“What an inspirational story,” one reader commented. “Her kindness is so enlightening.” Having been in a homeless shelter after losing everything to poor choices, I can appreciate what she did. Like it was said to me, “Not everyone is looking for a handout, but a handup.”

“The goodness in this woman would put most others to shame,” wrote another. “Her generous heart is something of great beauty.” “May God bless her abundantly.”

Young boy says he wants to run away from home, cop knows he has to take action after looking inside his home
Man pulled over by police; cop violates his First Amendment right and arrests him over ‘derogatory’ sticker on his vehicle