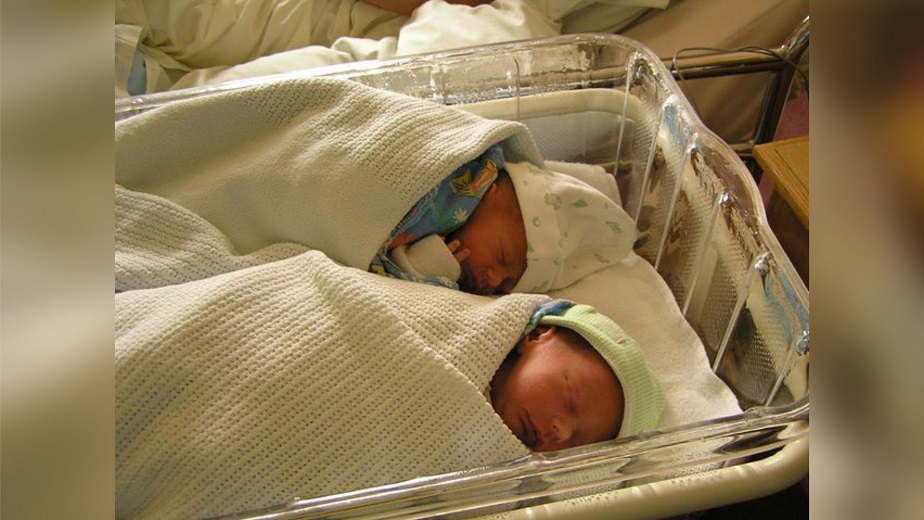 The reason why this case is extremely unusual or almost never heard of before is because a 19-year-old girl claimed to have given birth to twins from two different biological men.

The very rare conception that has been termed “one in a million” has taken medical professionals all across the globe by surprise.

Reportedly, the girl delivered the twins nine months after having sex with two different men on the same day. After she gave birth, she went to get a paternity test because she wanted to be sure she knew who the father of her child was.

She did the DNA test using the sample of the person she thought was the father. After the test, she found that only one of her kids showed positive for the DNA test, while the other one did not. “I remembered that I had had sex with another man and called him to take the test, which was positive. I was surprised by the results. I didn’t know this could happen and the babies are very similar.” she said in a conversation with her local media.

Though the phenomenon is extremely rare, it is not entirely impossible. Scientifically, this phenomenon is called heteroparental superfecundation. “It is possible to happen when two eggs from the same mother are fertilized by different men. The babies share the mother’s genetic material, but they grow in different placentas,” the woman’s doctor said.

The doctor emphasised the extreme rarity of the case, calling it a ‘one in a million’ situation. According to reports, there are only 20 other heteroparental superfecundation cases in the world. The National Library of Medicine explains that this case occurs when a second ova released during the same menstrual cycle is additionally fertilized by the sperm cells of a different man in separate sexual intercourse.

Dog left heartbroken at owner’s funeral, what the loyal dog did left many in tears
Little boy gives the last cent to a homeless man, his father learned a valuable lesson