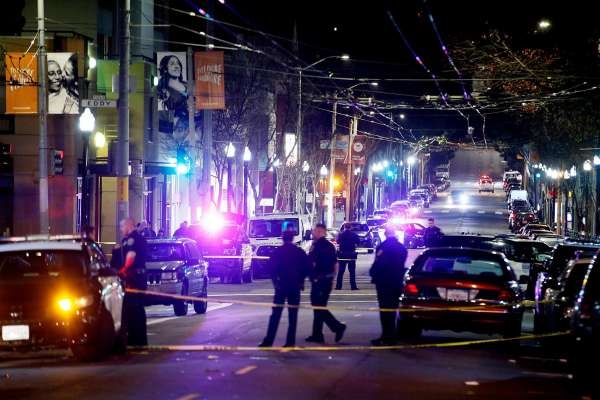 Police say two people are dead and multiple others are injured after two shootings Friday in San Francisco.

Around 8:30 p.m., San Francisco Police officers from Ingleside Station responded to the 200 block of Schwerin Street for a report of a shooting.

The officers found multiple victims suffering from gunshot wounds. One of the victims, identified as a 33-year-old man, was pronounced deceased at the scene, police said.

Officers remain on the scene investigating the incident.

The other shooting was reported just before 8 p.m.

Officers from San Francisco’s Bayview Station responded to the 300 block of Hunter’s Point Boulevard where they discovered a man, approximately 45 to 50 year-old, suffering from a gunshot wound.

He was rushed to a local hospital with life-threatening injuries. “Despite the efforts of the medical staff the victim succumbed to his injuries,” police said.

Police say details in both incidents are still unfolding, and updates will be provided as they become available.