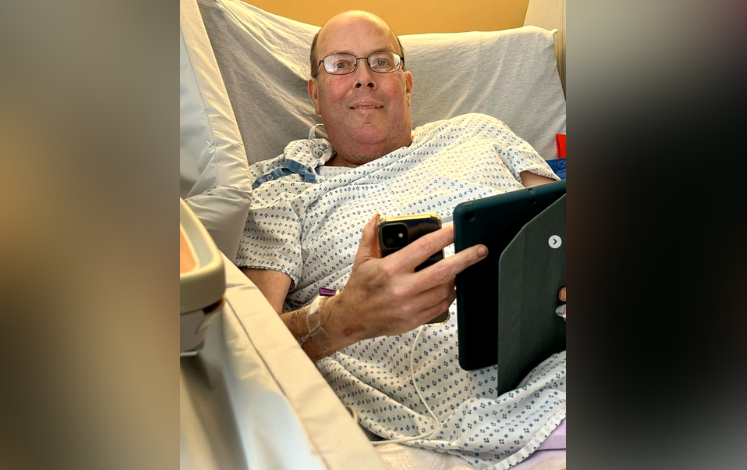 Since the start of the Covid-19 pandemic, America reported nearly 85 million positive cases and more than 1 million Covid-19 related deaths. The situation with the deadly virus has been stable for months, but in the last few weeks, an increasing trend of new cases is seen nationwide, a trend driven by the Omicron subvariants of the virus.

According to the CDC data, a total of nearly 259 million are vaccinated with at least one dose of the Covid-19 vaccines, with more than 221 million Americans considered fully vaccinated. While the vaccines don’t offer 100% protection against the virus, they remain the best weapon in battling the virus and preventing hospitalizations and deaths.

More than two years into the pandemic, more and more people are reporting long-Covid-19 signs and symptoms. According to Fortune, from 10%-80% of those who had recovered from Covid-19 might experience at least one of the numerous long-Covid symptoms. The 59-year-old Bruce Lowder had contracted Covid-19 and recovered from the virus late 2020. He thought that he was having long-Covid-19 symptoms months after the illness, but his condition was much more serious and his life is still at risk.

Bruce’s wife, the 55-year-old Meredith, recently spoke to Today as she wanted to share her husband’s story with the public in an effort to raise awareness about the deadly disease. According to Meredith, Bruce was Covid-19 positive and had hard time battling the virus. However, he recovered and he was doing well in the upcoming months.

In June of last year, Bruce started forgetting simple words mid-sentence and struggled to speak properly. During the next few days, his condition worsened as he was not even able to ask for the TV remote. His wife scheduled him a doctor’s appointment and the doctor sent them to undergo an MRI scan. The results were devastating, Bruce was diagnosed with glioblastoma, an aggressive cancerous brain tumor. “His primary (doctor) … said, ‘It’s a tumor and probably not a nice one,’” Meredith said. “That’s when the icy cold feeling just trickled down my back.”

“It’s a malignant brain cancer. That means it comes from a cell in the brain and it never really leaves the brain,” the vice chair of neurosurgery and director of the brain tumor center at Lenox Hill Hospital told TODAY. “It stays in the brain, but it spreads throughout the brain and that’s what makes it universally lethal. So it’s an incurable brain cancer.”

The NY couple were told that the brain tumor was on the left side of the brain having direct impact on the speech center causing Bruce to forget words. While he understands everything, he still has hard times in responding properly. Doctors removed as much of the tumor as they could during a surgery and Bruce continued with chemo and radiation treatment. Meredith says the radiation was very difficult for him, but the treatment ended two months later and Bruce’s health started improving. However, doctors discovered a few of those tumor cells again in the upcoming period and Bruce underwent another surgery.

Bruce, a father of two teenagers, was offered clinical trials and the family accepted. Doctors believe the clinical trials might help him slowing down the tumor’s progression and the family is happy for the given opportunity. “If, when the time comes when we have to say goodbye to Bruce, we will have tried everything that we can possibly try,” Meredith said.

“It’s been a challenge. I’m not going to lie. It’s definitely affected everyone. I have a very supportive family,” Meredith finished. “The hardest thing is nobody can go through the grief except you.”

“We have to protect Black women!,” Young Black woman claims that 59-year-old White man used racist language against her at a store before hitting her several times after he refused to give her ‘some space’
1-year-old boy who was found unresponsive after being forgotten by daycare staff member inside a hot car for several hours has died in hospital; the daycare voluntarily surrenders license