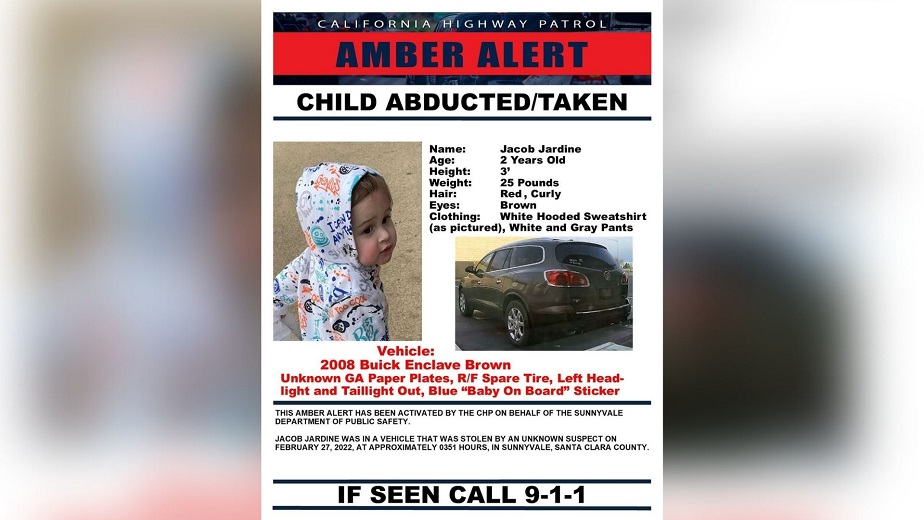 Sunnyvale, California – An Amber Alert was issued in the San Francisco Bay Area for a 2-year-old boy who was abducted in Sunnyvale early Sunday morning.

Authorities said Jacob Jardine was riding in a 2008 brown Buick Enclave that was carjacked around 3:51 a.m. by an unknown suspect.

Jacob is said to be 3 feet tall, weighs 25 pounds, and has brown eyes and curly red hair. A clothing description was provided by authorities, saying Jacob was wearing white and gray sweatpants and a white hooded sweatshirt with multi-colored graffiti-style writing the night he was abducted.

Authorities also provided a description of the stolen vehicle, saying it has Georgia paper plates, a spare tire in the right front of the car, many stickers on the rear window, including a huge blue Baby On Board sticker that is visible from a distance, and the left tail light and headlight are not working.

Anyone who has seen the vehicle or has information on Jacob’s whereabouts is urged to call 911.