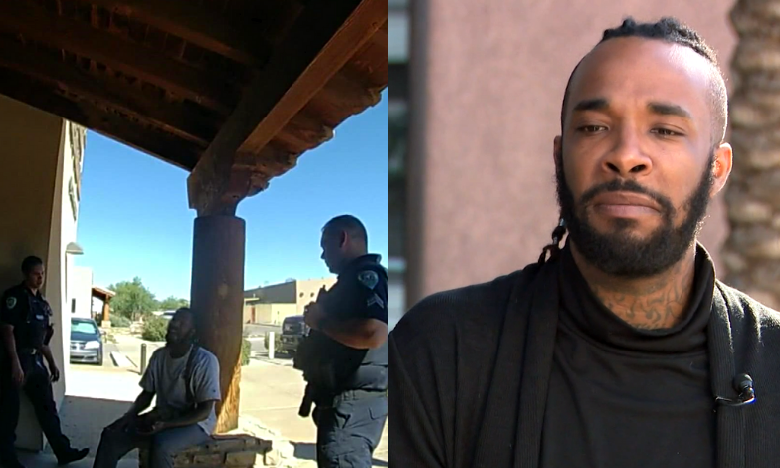 Few months ago, several major news outlets reported about the case when a young Black man was falsely accused of trying to deposit fraudulent check in a bank, an incident that escalated when the bank manager called police and wrongfully arrested the man even though the bank didn’t properly conduct all the procedures to see if the check was genuine. Later, it turned out everything was fine and people were outraged seeing the video of the incident.

A similar incident that happened last October and was brought to the light of the day few days ago by 12 News, sparked debate online how Black people are being treated in banks across the country. According to the local TV station, the victim was again, a Black man, and he was wrongfully accused of trying to deposit fake check.

The incident happened at a PC Federal Credit Union location in Arizona few months ago when A. Brewer attempted to deposit a $3,200 check. What should have been just a regular check deposit, ended up to be a nightmare for Brewer as he wrongfully became a victim of what he says was a racially profiled case since only one single call could have changed everything.

While Brewer was waiting in the bank to get his check deposited, the bank manager called the police reporting Brewer for trying to deposit a fake check. In fact, the bank would later admit that the authenticity of the check was “inconclusive.”  But the manager didn’t tell police that when he called 911.

According to Brewer, he sold a boat to a woman and she decided to pay with a check. He contacted his own bank and he was told to take the check and cash it in to the woman’s bank if he wanted to access the funds faster and avoid longer waiting times. Once he arrived at the credit union location, Brewer said the teller “kind of looked surprised” when he explained them what he was told by his own bank.

The teller ran Brewer’s check using a 3rd party verification system, but the results came out inconclusive. That’s when the teller informed the manager who immediately called the police. In a matter of minutes, the officers arrived at the scene and started questioning Brewer about what had happened.

They were already ten minutes there questioning the then suspect when one of the credit union employees informed Brewer and the officers they contacted their customer, the woman who wrote the check, and she confirmed the check was genuine. Brewer believes he was racially profiled because he is a Black man with tattoos and the credit union employees should have called the woman prior to calling the police and avoid what later happened.

“It was just, ‘oh, you know, Black guy locks in his hair, tattoos came on a Harley, you know, let’s assume the worst,’” Brewer said. “Why embarrass somebody like that? Why, you know, make them feel less than a man,” Brewer asked.

In a statement released after the incident, the credit union said the check had “red flags” such as an old credit union logo along with a routing and account number that didn’t match their member’s information. But M. Whitaker, an owner of a company that trains financial facilities to avoid these situations, says the employees made mistake in this case and they should have contacted the woman who wrote the check before calling police.

“That person could’ve been called immediately before anyone called the police. So why escalate that at that point?” Whitaker said. “He [Brewer] was racially profiled.”

“If you are a man, you wouldn’t be wearing masks,” man screaming at people for wearing masks while on a plane, arrested and charged
“We realized once that needle hit her arm, it was a one-way ticket to here,” woman died after developing vaccine-induced immune disease, husband speaks out