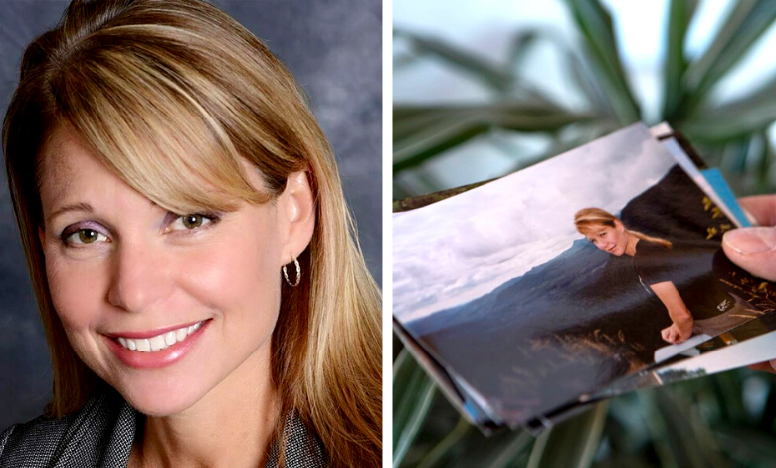 The number of new Covid-19 cases continues to decline in the last couple of weeks after America set new record high numbers on a daily basis in January driven by the Omicron, the most contagious variant since the pandemic began. Currently, United States has one of the best vaccination rates with more than 254 million people vaccinated with at least one dose of the Covid-19 vaccines representing 76.8% of the US population.

Dozens of studies have shown that Covid-19 vaccines are safe to use with minimal side effects and very low chance of developing other symptoms after receiving the shot. However, there have been numerous cases reported since the vaccination process started, when people died after developing serious immune diseases shortly after getting their Covid-19 shots.

The 52-year-old M. Melkonian wanted to protect herself from the deadly virus and she decided to get vaccinated against Covid-19 with the one-shot Johnson & Johnson Covid vaccine last April. At that point, the Oregon woman was nothing but happy when a local clinic offered her the vaccine she wanted thinking that with the single-dose vaccine she will develop protection faster compared to the two-doses vaccines.

“You definitely hit the jackpot,” Melkonian’s husband Thomas recalled telling her after she got her shot. “You should go buy a lottery ticket, because today’s your lucky day,” he said to her. In the upcoming weeks, the couple realized it was a lottery no one wants to win.

According to Thomas who shared the story with the public almost a year after his wife got her Covid-19 vaccine, Melkonian started experiencing headaches just a week after receiving her Covid-19 shot and she developed the first side-effect symptoms on April 13, the same day federal health officials announced a pause in the use of the J&J vaccine after learning that six people had developed a rare blood-clotting disorder following their shots.

Aware of the potential side effects of the vaccine, Melkonian thought the symptoms she started developing will wane over time, but it was the very next day when she experienced a seizure and couldn’t move her right arm. Thomas suspected a stroke and immediately thought of the vaccine. “No! This isn’t happening to me,” Melkonian cried out as Thomas spoke with the 911 operator.

By the time the ambulance arrived, Melkonian could no longer speak. When she was admitted to hospital, doctors were asking her questions and she was answering those questions with squeezing her husband’s hand. She was taken for a CT scan and when she returned, she couldn’t respond in any way.

The CT scans showed she experienced several brain bleeds on the left side of her frontal lobe, something that is not common for people on her age and her general health. It was discovered that Melkonian developed a paradoxical condition in which the immune system destroys the platelets needed for clotting, while leading to blood clots in the venous sinuses of the brain. The patient experiences clotting and bleeding at the same time. Despite all the efforts in the upcoming period, the woman died.

“A month later, we realized once that needle hit her arm, it was a one-way ticket to here,” Thomas said.

The 52-year-old woman is one of only nine people in the U.S. known to have died from vaccine-induced thrombotic thrombocytopenia, a rare side effect of the J&J vaccine, and a victim of tragic timing. The CDC said women between ages 30 and 49 appear to be at highest risk for the complication that killed Melkonian. Federal health officials now recommend everyone take the Pfizer or Moderna mRNA vaccines instead.

In December, the vaccination with Johnson & Johnson’s vaccine was halted for additional examination after several people, all women between the ages of 18 and 48, reported a rare blood-clotting disorder.

Black man says he was racially profiled by credit union manager accusing him of depositing fake check even though the check was genuine, calls cops
“Go ahead try me…,” Aggressive elementary school teacher threatened 9-year-old student with autism, the girl hurt herself all over the face and body out of fear