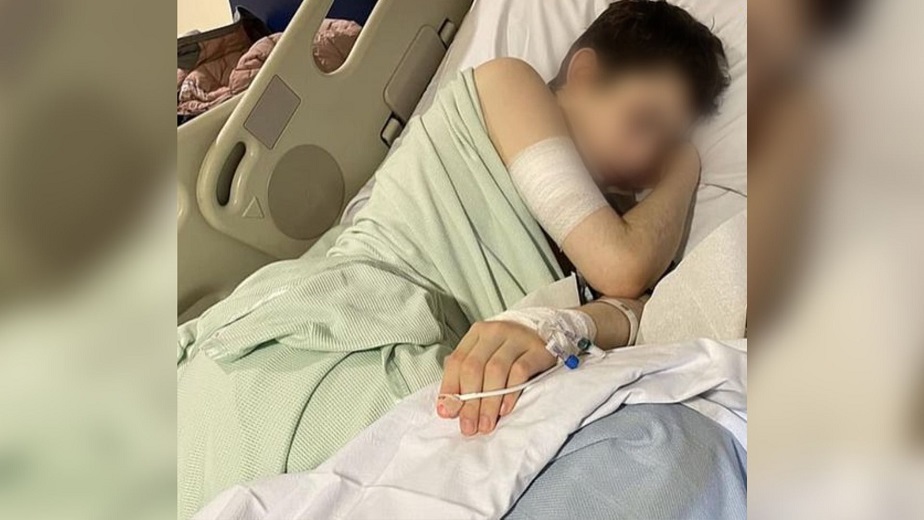 For this 12-year-old boy, science was everything. His love for the subject meant that he was willing to try anything for the sake of an experiment—including swallowing a whopping 54 magnets in an attempt to see if he could turn himself magnetic.

The young preteen, Rhiley, ate magnetic balls on two different occasions to see if they would make metal objects stick to his stomach. In addition to that, he had also been curious to see what they looked like when he passed them. However, four days later, the metal balls had still not come out of his stool, and that’s when he went to his mother, Paige, telling her that he had swallowed two “by accident.”

He was immediately rushed to a hospital, and the x-rays revealed that there were 54 powerful magnet toys in his stomach and bowel. They feared that the magnets may burn through tissues or vital organs, which could lead to potentially fatal internal damage. The boy was quickly rushed into surgery. The six-hour surgery was lifesaving, and he was finally released for post-surgical recovery. Meanwhile, his mom was astonished at what had happened.

“I was gobsmacked, just speechless when I heard the number he’d swallowed. The doctors guessed around 25- 30 from the x-ray, but when he came out of surgery they said they got 54. I think what made it harder is that I just didn’t understand how or why he would swallow that many.”

“Rhiley is massively into science,” the mother continued, “he loves experiments, he eventually admitted ‘I tried to stick magnets to me, I wanted to see if this copper would stick to my belly while the magnets were in’. It’s just so silly, but he’s a child and that’s what kids do. He also thought it would be fun seeing them come out the other end. The surgeon said that if Rhiley didn’t tell me that day he’d swallowed the magnets, he could have died.”

But the surgery wasn’t the only health issue Rhiley faced. He spent the following 10 days vomiting green liquid caused by his bowels leaking, which led to him being tube-fed and having a catheter inserted as he recovered in the hospital. “It was horrible to see him not able to sit up and be so sick every time he moved because this fluid was sloshing around inside him. I’d managed to hold it together all the time but it wasn’t nice seeing him in that much pain. When they tried to put the catheter in he had pins and needles through his body and told me ‘I feel like my insides are going to explode’. I remember thinking, I can’t believe all this is happening because of magnets.”

Finally, the young boy was released and given antibiotics to prevent infection. Paige, who is also mother three other children said, “I got rid of all the magnet toys after this. He is autistic but he’s quite high functioning. He knows what he’s doing, he knows right from wrong. He’s just made a mistake and unfortunately it was one that could have cost him a lot.”  As for the 12-year-old, this experience was so traumatic, he got rid of all the magnets in his room.

Not wanting other parents and their children to suffer the same fate, as doctors had shared with Paige that they saw a lot of kids come in after having ingested magents, the worried mother gave a bit of advice, “I don’t want other kids or parents going through that. When he did it I thought it was just him, he’s just been silly and done it, but the surgeon said they see this all the time. Magnets aren’t toys, and they shouldn’t be sold as toys. My message to other parents is to just put them in the bin, don’t buy them in the first place. I don’t care how nice they look and how many children ask for them because they’re ‘cool’, they’re just not worth it,” said Paige. “Rhiley was lucky but some kids aren’t and won’t be.”

Teacher taped 7YO boy’s mouth to keep him quiet and he was not the only one, principal says they enjoyed it
Elementary school teacher locks out a student who was threatening to kill people, pays the price