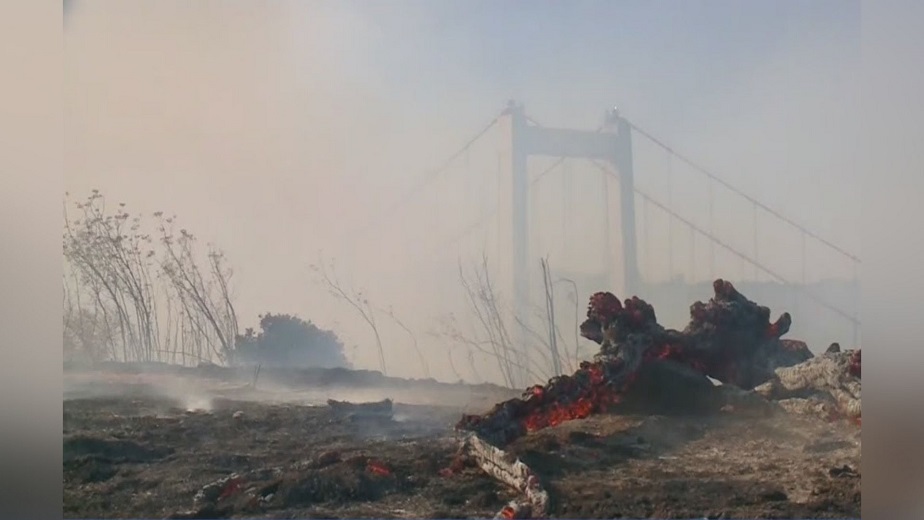 Vallejo, California – A brush fire on the east end has been extinguished by fire crews, and all lanes of Interstate 80 at the Carquinez Bridge have been reopened as of Saturday afternoon.

Officials with the California Highway Patrol and Vallejo fire department said the three-alarm fire between Glen Cove and eastbound I-80 just west of the toll plaza, started at approximately 8:40 a.m.

Because of the far right lane restriction, authorities sent out a Sig-Alert and asked drivers to use other routes and expect delays.

The California Highway Patrol reported that traffic was backed up for more than a mile in Hercules and Crockett early Saturday morning.

Firefighters said they had completely contained the fire and stopped it from moving forward by 9:47 a.m.