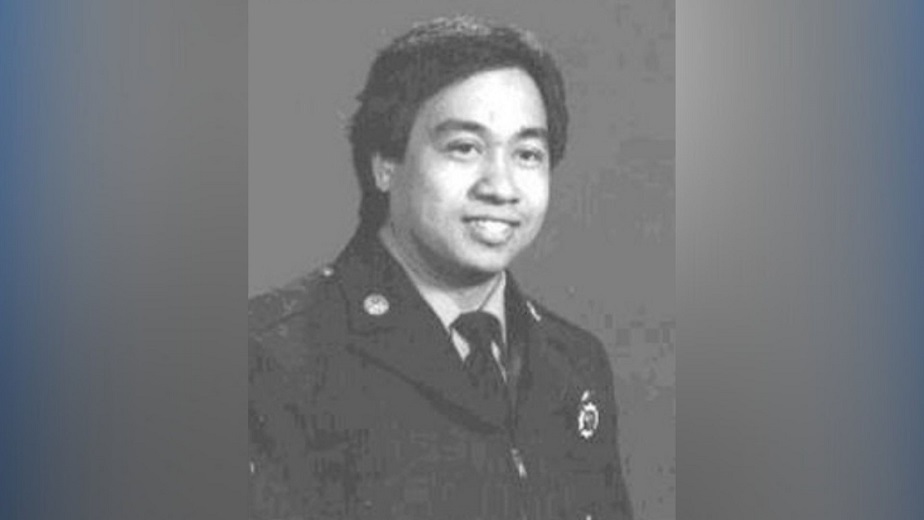 Concord, California – Rene Penaloza was a fighter from the start. He fought fires to keep citizens safe as a Contra Costa County fireman, and when he got cancer from breathing toxic gases during fires, he fought the cancer to a standstill so he could be present for his daughter’s ninth birthday.

The Contra Costa County Fire Protection District conducted its annual memorial service on Saturday to commemorate Penaloza and the district’s 17 other firefighters who died in the line of duty. The ceremony, which took place at the Concord Fire Training and Safety Division on Treat Boulevard, also paid tribute to the firemen who lost their lives on Sept. 11, 2001.

“He loved his job,” Rene’s brother Dave Penaloza of Concord said Saturday morning, standing in front of a four-foot-tall wall engraved with the names of the district’s firefighters who have died in the line of duty.

Rene died Jan. 7, 1994, at the age of 42, Dave Penaloza said. Their brother Frank Penaloza also worked for the district, which is also known as Con Fire, retiring after 35 years.

“When Rene started in the late 1970s, they did not have apparatus and breathing masks and they would work at the dump sites putting out fires,” Dave Penaloza said. Rene was diagnosed with pancreatic cancer in August 1993, Dave said.

“He said he was going to hang on until his daughter’s birthday, and he made it,” Dave said, his voice shaking with emotion. “He went two days later.”

The district “really is like a family,” Dave Penaloza said.

Two more names were added to the wall two years ago honoring firefighters who died in the line of duty – Fire Captain Matthew Burton and Fire Engineer Scott Desmond.

In the early morning hours of July 21, 2007, both men died in the line of duty while trying to rescue an elderly couple trapped in their burning home.

“This event reminds of us how fragile life is,” said Rep. Mark DeSaulnier, D-Concord, one of the speakers at the event. “Thank you to the firefighters and their families. This is a day of gratitude for these people who trained all their lives and respond without question when they are called to do.”

Contra Costa County Supervisor Karen Mitchoff, Deputy Fire Chief Aaron McAlister and Fire Captain Greg Sawyer also spoke at the event. About 50 people attended the in-person event, which is usually packed but was somewhat attenuated due to COVID-19 concerns. Others attended via social media; the event was livestreamed on Facebook and can be viewed on that platform.

Con Fire provides fire and emergency medical services to more than a million people across its 304 square-mile District area, and through mutual aid, in and around the 20 cities and unincorporated communities of Contra Costa County. The district has 26 fire stations and more than 400 employees.