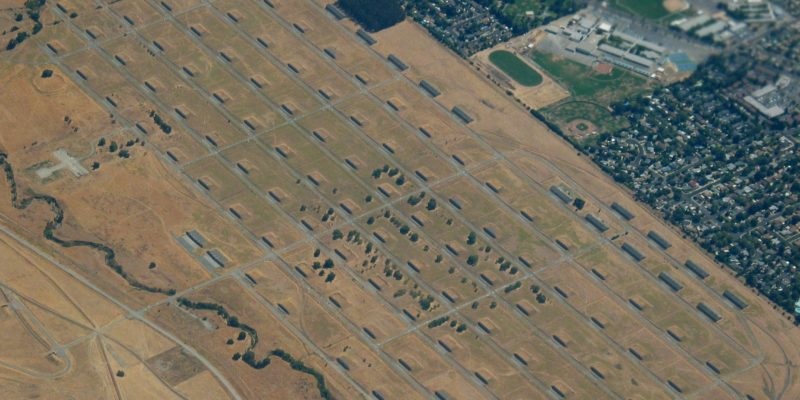 Concord, California – In order to get a wetlands permit needed for development of the former Concord Naval Weapons Station to move ahead, the City of Concord will investigate the source of water unexpectedly found near the one-time airfield north of Willow Pass Road.

The Concord City Council voted unanimously Tuesday night to move $12,000 of previously approved loan money to aid in the study of where water is coming from on that land, located east of Olivera Road near the Pixieland Amusement Park.

City officials suspect the source of the water may be an underground spring. The total cost of this “spring investigation,” as a city report terms it, will be a maximum of $262,000.

Guy Bjerke, Concord’s director of community reuse planning, said issues with that water need to be cleared up before the city can get that wetlands permit, which in turn is necessary for any future development to be done on that land.

“We need this investigation completed as part of that process,” Bjerke told the council.

The city is still looking for a new master developer for the naval weapons station reuse project, which would create a whole new community covering 2,300 acres, including 13,000 housing units, millions of square footage of commercial space and other amenities. Lennar Five Point, which had been chosen in 2016 as the reuse project’s master developer, pulled out in March 2020 after negotiations with area labor unions lagged.

One local activist, George Fulmore, urged the council not only to not pay for the spring investigation, but to abandon the $6 billion weapons station reuse project altogether after 14 years.

“I think most in Concord have lost all interest in the naval weapons station project,” Fulmore told the council Tuesday night. “It’s no longer thought by almost anybody that there’s a pot of gold over there.”

“This is a marathon, not a sprint,” Councilwoman Laura Hoffmeister said.