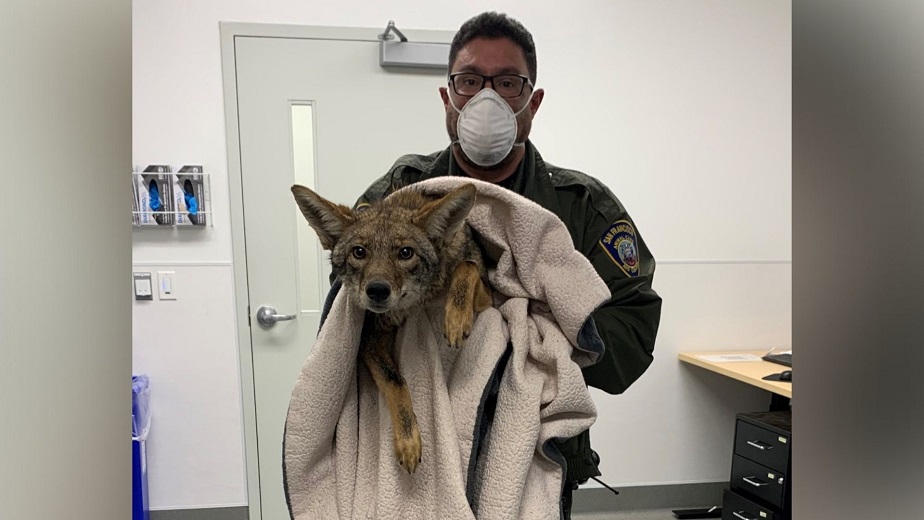 San Francisco, California – After being rescued from the San Francisco Bay by firefighters, a wayward coyote was recovering on Saturday.

To the surprise of bystanders, the coyote had fallen into the Bay at the shoreline and was trying to stay afloat. A water rescue effort was prompted by 911 calls to the fire department.

While a firefighter approached on a jet ski, another firefighter made a lasso and was able to hold the coyotes head above water.

The exhausted and weak coyote was lifted onto a rescue sled and taken to the dock, where paramedics treated severe hypothermia.

The coyote was taken to a veterinary treatment clinic and given the name ‘Phoenix,’ after the department’s historic fireboat.

Phoenix was treated and then released after being warmed up by Animal Control employees.