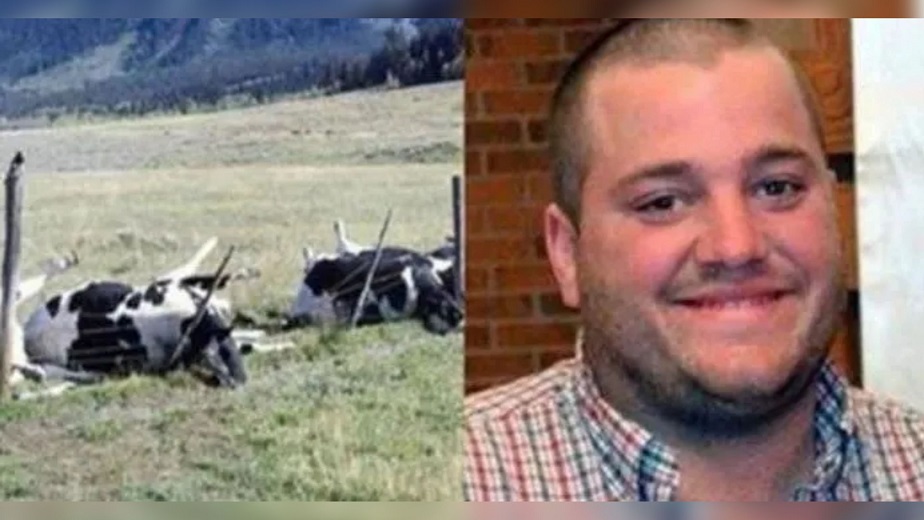 A farmer and 16 of his cattle have died in a freak accident after a “deadly air dome” formed in a farm’s manure tank.

According to reports, a 29-year-old farmer named Michael died of gas poisoning on his family’s farm after being overcome by fumes of either methane or sulfur oxide. Initially, 13 of the farm’s cattle died as well; later, three more expired, bringing the total to 16 cattle deaths.

The 29-year-old’s father, Bob, co-owner of Biadasz Farms, said that the tragedy was the result of a “perfect storm” of unusual and unexpected weather conditions. When the tank was prepped to be pumped, warm upper air temperatures trapped the gases in a dome of air, which then poisoned Michael and the cattle.

Michael was reportedly found dead when other workers arrived to begin hauling manure away from the tank.

The coroner went on to say that an investigation is underway to determine exactly what caused Michael’s death. According to Scott, Michael had safely emptied the same tank hundreds of times prior to the fatal incident.

The family honored Michael by parking a line of tractors and machinery along the road that passes the farm. Among the vehicles parked are a blue tractor, several red trucks, and Michael’s black pickup truck.

“As if there isn’t already enough danger in the lives of farmers, this family had to suffer this freak accident,” one Facebook user commented on the story. “So sad.”

Following the tragic accident, many are calling for tougher regulations to be placed on manure holding tanks to prevent a similar incident in the future. As per reports, the National Agriculture Safety Database says that there should be proper ventilation in areas where animals are stored and that warning signs must be posted nearby.

“In addition to adhering to proper construction and maintenance procedures for liquid manure storage facilities, owners should be encouraged to follow a few precautionary measures to protect both workers and livestock from harmful manure gases,” the NASD writes.

News outlets report that a similar unfortunate fate befell a family in 2007, when five of its members died as a result of a pipe blockage that caused a fatal buildup of methane gas.

Black teens beat an elderly man to death with a traffic cone; laugh at the victim as they flee the scene
Couple crushed in mangled truck after accident; woman recalls seeing a bright light and a man with beard