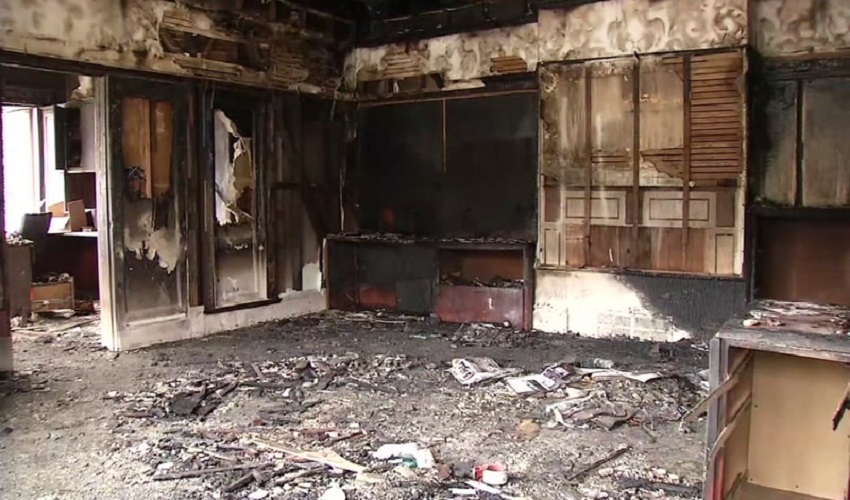 San Francisco, California – FBI officials in San Francisco are asking for the public’s help to solve an arson fire that badly damaged an Armenian church — offering a $50,000 reward for information leading to the arrest and conviction of the arsonist.

The early morning fire on Sept. 17 at St. Gregory The Illuminator Armenian Apostolic Church at 51 Commonwealth Ave. caused extensive damage to the church’s office, library and Sunday school, among other facilities.

Despite the damage, no was injured.

The fire drew outrage from members of the city’s Armenian community and District Attorney Chesa Boudin, who called the act “cowardly” and “hateful.”

“This act of violence was not just an attack on a building, but on a congregation. This was an attack on a community. We are counting on members of the community to keep our city safe. Every lead will be thoroughly investigated.”

Separately from the arson, investigators are also looking into two vandalism incidents that have occurred at an Armenian school.

In July, suspects were seen on surveillance video breaking into the Krouzian-Zekarian-Vasbouragan Armenian School at 825 Brotherhood Way and vandalizing its walls with graffiti that conveyed anti-Armenian messages. Then, just four days after the Sept. 17 arson, officers found a sign outside the school was riddled with bullet holes. No one was injured in the shooting, police said.

No suspects have been arrested in the two school-related incidents, but the FBI is also asking witnesses or anyone with information on those cases to come forward as well.

Police have classified the arson and the two incidents at the school as hate crimes.