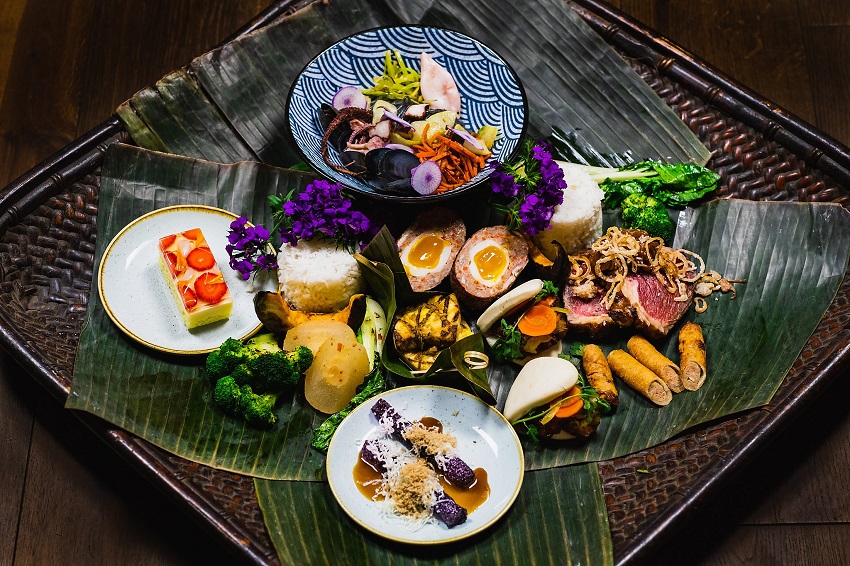 San Francisco, California – Holiday meal kits are the new business strategy many restaurant owners are implementing during this Christmas season in hopes to survive.

We’re five days from Christmas and what’s cooking in this kitchen is a gift for the holidays.

Prubechu is the only Chamorros or Guamanian restaurant in San Francisco. Camacho says the innovative meal kit came out of necessity.

“We laid off more than half our staff and went down to the skeleton crew of just management and the guys who helped us open. Without these kits and without the support of the community, restaurants we are in a dire place right now,” said Camacho.

Camacho, like many restaurant owners, has lost count of how many times they’ve pivoted this year.

Nightbird was solely a Californian testing menu restaurant. The owner Kim Alter says they’ve used the pandemic to help those in need and stay afloat.

“We cook for homeless, churches and now for the last four months, we’ve been part of the FEMA program cooking for seniors. We started a pop-up night burger and got best burger by the chronicle,” said Alter.

“Now we are doing holiday meals. For Christmas Eve we’re doing a special kind of tasting menu and cinnamon rolls for the next day and a really beautiful vegetables from the market,” said Alter.

The same goes for Francis and Dian Ang. Their pop-up Filipino restaurant, Pinoy Hertiage is also embracing the moment and offering holiday meals for “$60 per head plus tax and tip.”

“We’ve created a kit where it comes in a half sheet cake box 14 by 19 box and there is a lot of food in there,” said Francis Ang, Pinoy Heritage co-owner.

“We are trying to hit 300 people and right now we are 281 already,” said Dian Ang, Pinoy Heritage co-owner.

“It’s pretty cool that they have our food in their little bubble,” said Shawn Naputi, Chef/partner at Prubechu SF.